Silvio Berlusconi was admitted to hospital to have cardiac tests. He said that he worries for the Covid-19 victims and their families.

Professor Zangrillo said that the former Italian Premier will be having routine check-ups. He said the Berlusconi should be able to return to his home shortly.

The leader of Forza Italia was admitted at the Cardio Thoracic Centre in Munich since he suffers from cardiac issues.

Berlusconi said that his condition does not worry him. He declared that he is more worried about all the victims of Covid and those that are suffering.

Reports said that Matteo Salvini called to check on Berlusconi. The two leaders spoke about the political situation being faced in Italy.

In September, Berlusconi was admitted to hospital after testing positive to coronavirus. 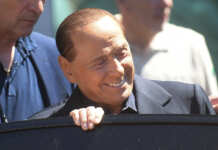