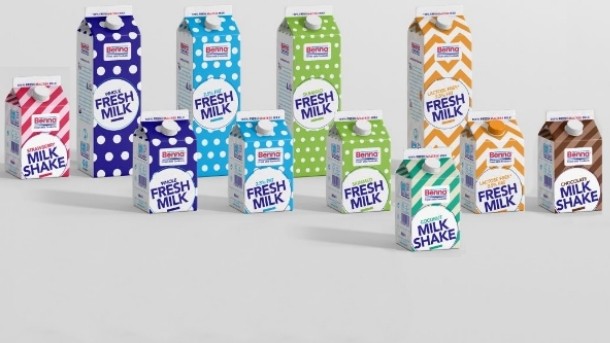 The local fresh milk producer Benna is working on a strategic and long-term plan to meet the demand for fresh milk and other milk products throughout the year, according to Malta Dairy Products.

During the last few weeks, there has been a significant decrease in the supply of milk in local shops. A spokesperson for Malta Dairy Products explained that many Maltese traditions are now dying and many people prefer to work behind a computer than get their hands dirty. He said that Malta Dairy Products buys the milk from Milk Producers Cooperative which is made up of 121 licensed producers of milk from Malta and Gozo.

In spite of this, the spokesperson remarked that this is not the only reason for the lack of milk supply compared with the demand. The demand for fresh milk and milk products has increased in the last year, especially since the Maltese population is on the rise. He also explained that the company is updating itself in order to produce a wider variety of milk products and accommodate specialised markets of consumers who are intolerant to lactose and those with high cholesterol levels.

The spokesperson remarked that it is natural for the cows to produce less milk during the summer months. He claimed that Benna’s aim is to use only 100% fresh Maltese milk as indicated on milk cartons. Therefore the company does not make use of imported or other alternatives of milk, even if there is a lack of milk supply.

When asked whether the company will decide to produce milk which is not 100% fresh or Maltese, the spokesperson claimed that he does not put it past future decisions but that this is not something they are considering at the moment.

Do not consume this product if intolerant or allergic to milk

Reuters   April 7, 2020
Britain's Queen Elizabeth on Tuesday sent a message of "enduring appreciation and good wishes" to health workers around the world for World Health Day.