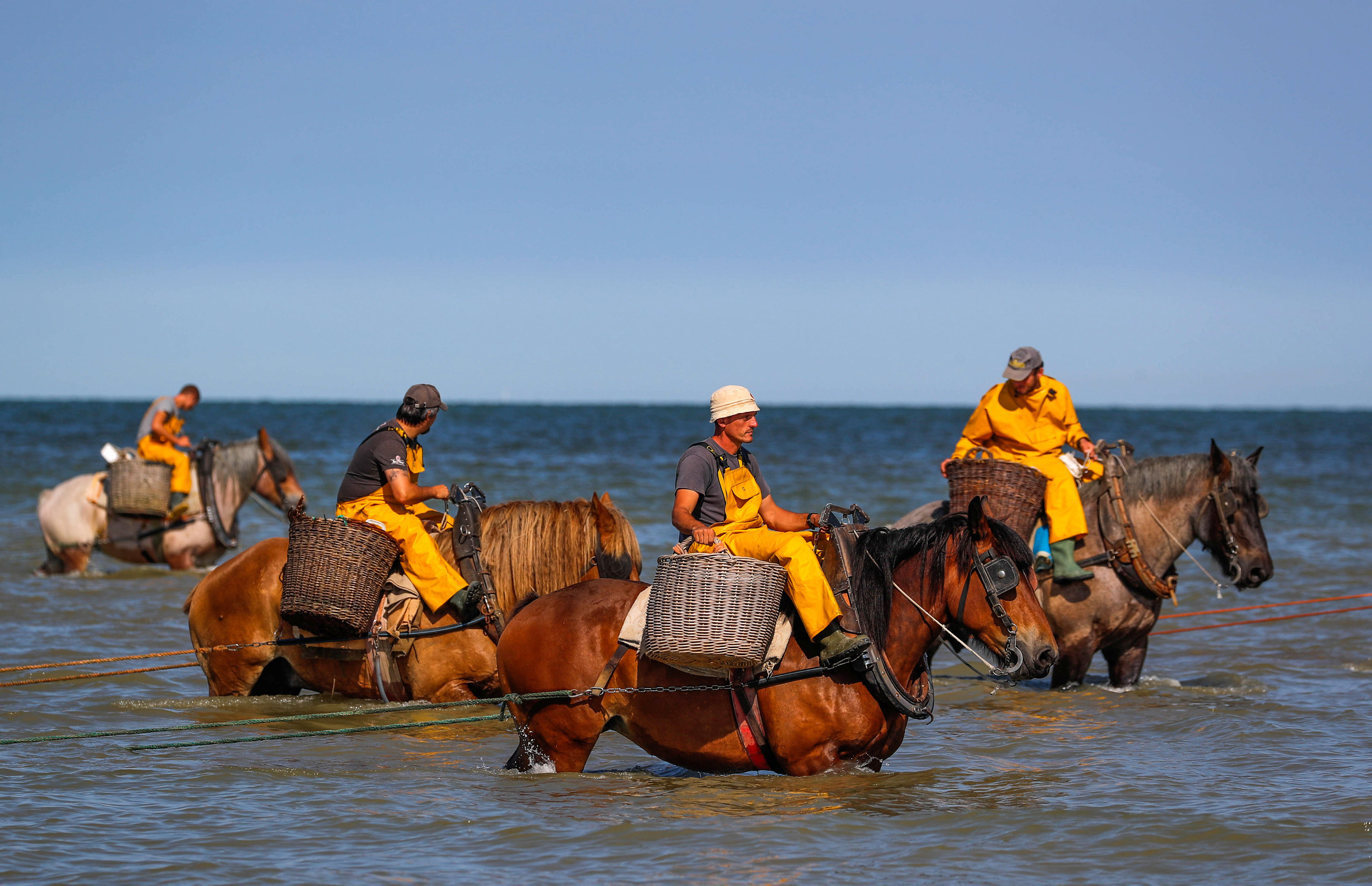 Belgium’s traditional horseback shrimp fishermen say they are struggling to keep a centuries-old tradition alive because warming temperatures have lured other creatures closer to shore.

The tradition, recognised by the United Nations, dates back to the 16th century. Fishermen, riding horses with fishing nets attached to their saddles, trawl across the beach hoping to catch shrimp.

But they say the influx of different species as the waters warm crowds out their catch – meaning there are fewer shrimps, something they put down to climate change.

Third generation fisherman Xavier Vanbillemont said: “Now there are hundreds (of jellyfish) as opposed to one or two when I was younger,” he said.

Belgium is facing one of the hottest summers on record with little rain and temperatures regularly exceeding 30 Celsius (86 Fahrenheit).

As many traditional trades do, horseback fishing has become a tourist attraction.

The shrimp fishermen continue to fish during the summer months, despite it being the worst time to fish, because it attracts hundreds of tourists.

“It’s magnificent. We (tourists) are not used to seeing horses in the sea fishing shrimps,” said French tourist Ben Bouvy after witnessing the spectacle.

In 2013, UNESCO designated the tradition as intangible cultural heritage, pointing out the “strong sense of collective identity” horseback shrimp fishing has given the community and the central role it plays in cultural events.

Despite the hardships, fishermen vow to keep the trade going. Nothing else compares, they say.

“Ships can catch a lot more shrimps than me but I prefer fishing with my horse, because he’s my best friend,” said Vanbillemont.