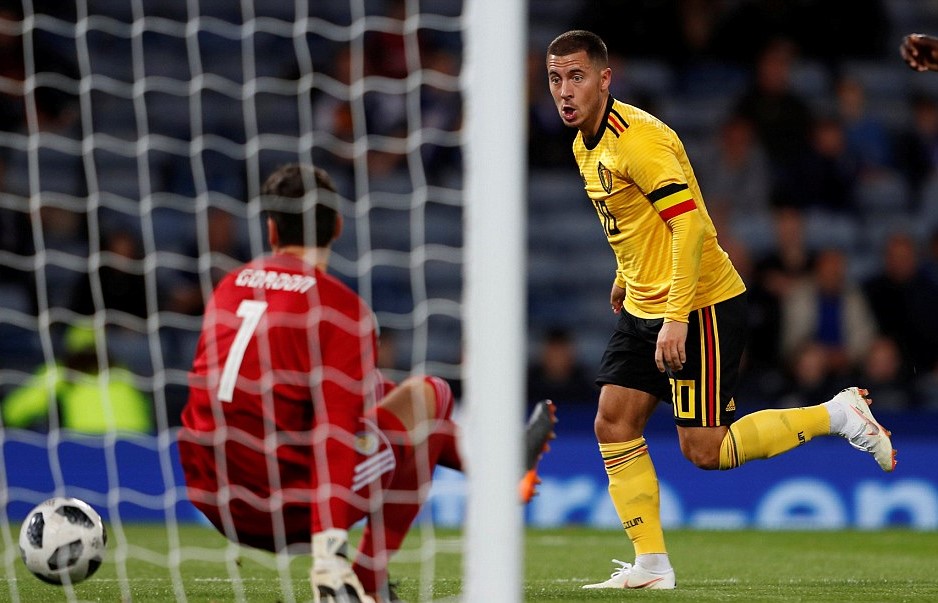 Eden Hazard continued his brilliant start to the new season by producing another formidable display as Belgium beat Scotland 4-0. Roberto Martinez’s side opened the scoring inside the first half hour thanks to Romelu Lukaku who has now scored 18 goals in his last 16 appearances for the national team.

Hazard increased Belgium’s goal advantage with a powerful shot from a tight angle in the 46th minute. Substitute Michy Batshuayi, who is currently on loan at Valencia, scored two second half goals in 10 minutes to end Scotland’s hopes of a late comeback. This was Scotland’s biggest home defeat since England won 5-0 in February 1973.