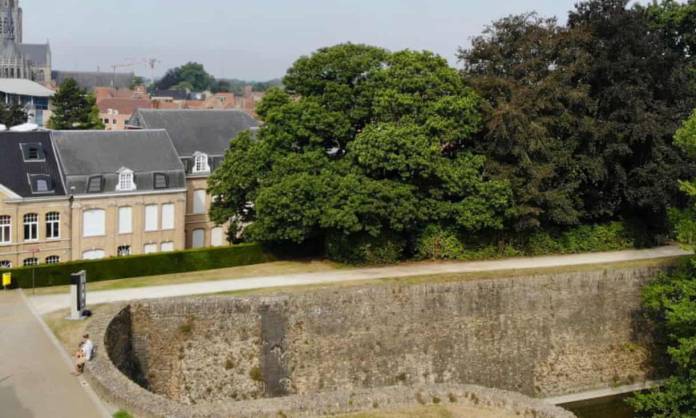 There are those who cut trees indiscriminately and then there are those who award trees. In Belgium, an old chestnut tree has just been given an award as Tree of the Year. Had it been in Game of Thrones, this venerable specimen would probably have belonged to House Martell whose motto was “Unbowed, Unbent, Unbroken”. Perhaps that is a bit much. The chestnut got its fair share of battering over the years, particularly in WWI. For this tree is in Ypres, one of the areas in which the horrors of the Great War manifested themselves to their fullest. This city did not just see one battle. That would have been bad enough. It saw three.

The chestnut tree survived both the bombardments of Ypres as well as the desperate hunt for firewood was named Belgium’s tree of the year in recognition of its survival in the face of adversity. Sole remanent of a chestnut avenue planted some 160 years ago, the tree was almost razed to the ground in WWI. However, in the 50-odd years it had been planted it had thrown down sturdy roots. From that misshapen stump the roots threw up four separate trunks.

The tree is now 20 metres (65ft) tall with a 30-metre wide crown. The base trunk has a 9.2-metre circumference. It is one of only two trees in Ypres to have survived both world wars. The second is a three-stemmed hazel tree by the city ramparts.