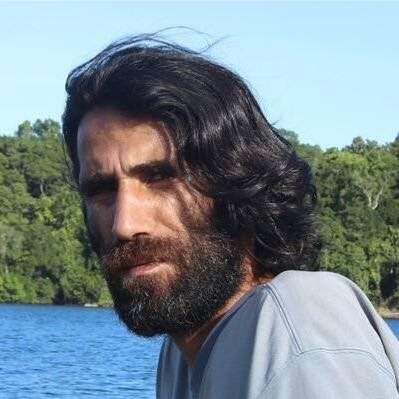 Kurdish-Iranian refugee and journalist Behrouz Boochani has landed in New Zealand after he left Papua New Guinea, more than six years after he was sent and detained there. Boochani who has written extensively for the Guardian, had won Australia’s literary prize for his book, No Friend But the Mountains, which was written via WhatsApp from inside the detention centre.

Boochani received a travelling visa to New Zealand after being invited by Word Festival in Christchurch to participate.

He was previously detained on Manus Island at the detention centre by Australia’s offshore processing regime in Papua New Guinea. On Manus Island, Boochani emerged as the voice of those detained and campaigned endlessly for their rights.

About 1,300 people were originally sent to the Manus detention centre. The journalist arrived to Australia’s Christmas Island by boat in July 2013 and was sent to PNG’s Manus Island. In the same month, Australia’s then-prime minister vowed no asylum seeker arriving by boat would ever be resettled in the country, even if found to be genuine refugees.

In 2016, PNG’s Supreme Court ruled Australia’s detention of asylum seekers on Manus was illegal and the centre was closed the following year.

The book proved to be his ticket off the island: New Zealand has granted him a month-long visa so he can attend a literary festival at the end of November. It is the first time he has been allowed to leave PNG since August 2013.

New Zealand granted Boochani a month long visa to travel to the literary event. He hopes to travel to the US, where he has been accepted for asylum as part of a deal to resettle refugees from Australia’s two offshore detention centres.

Amy Borg   August 1, 2020
On Twitter, the NGO reported that the boat is sinking and that the migrants urgently need help.

Reuters   August 3, 2020
Cyprus will introduce compulsory testing for all arrivals from Greece from Aug. 6, health authorities said on Sunday, after a spike in coronavirus infections in Greece over the past week.