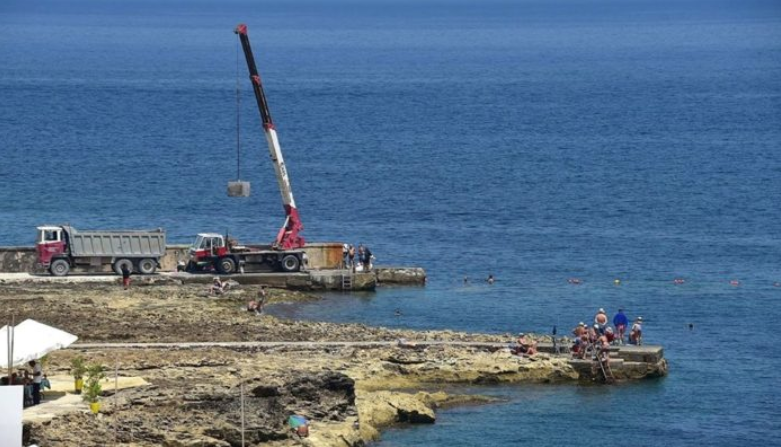 According to informed sources, the alleged works without permits in Marsalforn are being carried out by an individual who wants to construct a barge in the sea.

The Environment and Resources Authority (ERA) has still not answered to the questions sent by Newsbook.com.mt

On a Facebook post on Saturday, Żebbuġ Deputy Mayor Daniel Cordina revealed that construction works without permits from the authorities were in progress on the Marsalforn coastline.

Cordina also stated that the works have been given the go ahead from the Ministry of Gozo. However the Ministry denied giving authorisation for these works.

Talking to Newsbook.com.mt, a spokesperson from the Ministry of Gozo said that the Partit Laburista had promised to build a breakwater in Marsalforn.

Following an urgent Żebbuġ Local Council meeting Cardinal posted once more on Facebook and stated that the local council is in favour of building a breakwater in Marsalforn, and will continue to cooperate on the project with the Ministry concerned.

He also stated that these kinds of infrastructural works are welcome, albeit not in the Summer months. He reminded everyone that Marsalforn thrives on tourism and many food establishment owners  depend on the Summer traffic to make up for the slow Winter period.

He stressed that when mistakes are made, one needs to learn from them and not be stubborn or ignore the truth.