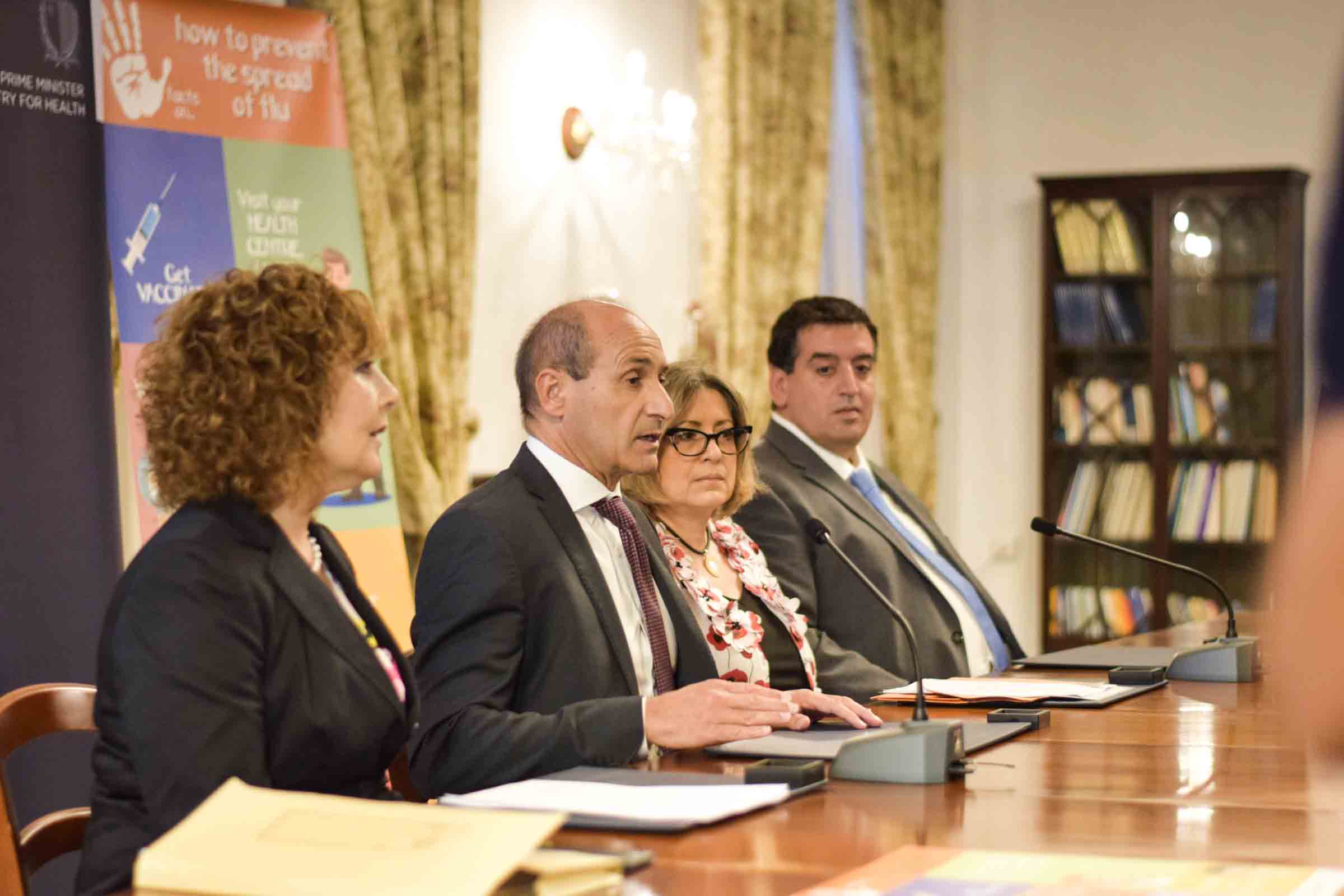 The public is being advised to take the vaccine against influenza since it is expected to be as bad as last year. The Ministry for Health launched a campaign against influenza during a press conference this morning.

This year, the Ministry for Health ordered around 100,000 vaccines. As from the 15th October, the vaccines will be given to children under 5 years of age, adults older than 55 years and persons with chronic diseases at all health centres in Malta between Monday and Saturday, from 8am until 1pm during the week and until 12pm on Saturdays. The health centres in Mosta, Paola and Floriana will also be open between 2 30pm and 7 30pm.

According to recent studies, almost 16.6% Maltese suffered from influenza last year. This rate is almost double the expected report. 450 people received hospital treatment for influenza. Minister Chris Fearne explained that there was a record of 93,000 people who took the vaccine against influenza and hopes that this year there would be the same amount.

After 27th October, the vaccine will be open to the rest of the population for free, at the normal opening times of the health centres. Certain local councils will also be collaborating to offer the vaccines from their centres to vulnerable people upon registration.

Influenza reaches its worst stages between December and January and this is why Minister Chris Fearne insisted that it is important to take care of one’s health by not spending too much time in large groups of people and not sending sick children to school. Dr Charmaine Gauci, the the Superintendent of Public Health added that it is important to wash one’s hands immediately after sneezing and throwing tissues away after use.

Dw Gauci said that family doctors will be monitoring sicknesses related to influenza and reporting to the Ministry of Health in order to be prepared.

The vaccine brought to Malta was recommended by the World Health Organization (WHO) of two types: influenza A and B.

Coryse Borg   August 4, 2020
Auditions that were to be held from the 7th to 12th August at the Hilton Conference Centre, have now been postpone