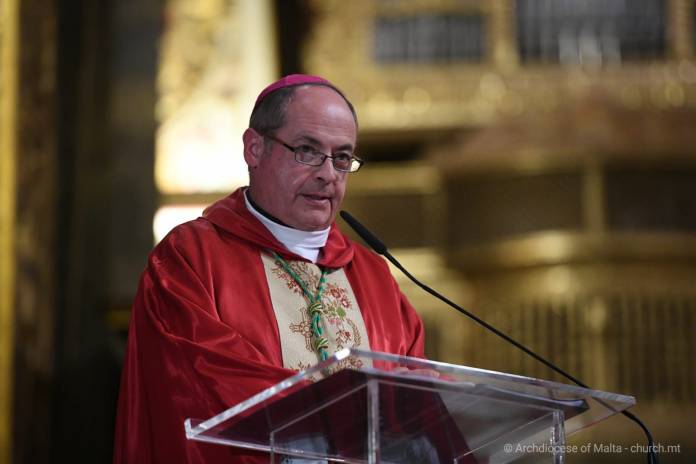 Auxiliary Bishop Joseph Galea-Curmi said that a successful life is built on mainly three values, that of honesty, dignity and active citizenship.

Mgr Galea-Curmi addressed graduands during the Thanksgiving Graduation Mass held at St John’s Co-Cathedral. During his homily, he urged them to stop and think about these three values, adding that in order to have a successful life, one should seek to build their house on rocks rather than on sand.

‘Wrong means wrong, not only if one gets caught’

Auxiliary Bishop Galea-Curmi advised the graduands to seek to carry out their responsibility in full honesty. Adding that their main criteria in their choices should be seeking to do what’s good. “Success in God’s eyes is not about how much money one makes, but how much good they do,” Mgr Galea-Curmi observed. Maltese society needs individuals that refuse to be driven by greed, and are driven by honesty, Mgr Galea-Curmi added. “Wrong means wrong, not only if one gets caught,” he stated, adding that wrong is essentially wrong and does not require that the wrongdoing is exposed.

Every person’s life and dignity are treated with full respect, by those who seek to live their profession by building their lives on steady foundations. Mgr Galea-Curmi added that it makes a difference when one respects another person’s dignity. He added that being gentle does not mean that one is weak; it is a sign of dignity and humanity.

While practising your profession, do not treat persons as numbers or objects but treat all persons with dignity, respect, and fairness, Mgr Galea-Curmi advised.

“Change things for the better”

Watch: “No person should end up on the scrap heap of history”

17,000 students in 60 Church schools ready for a new scholastic year

Photos: The Auxiliary Bishop during a Pastoral Visit in Ta’ Xbiex