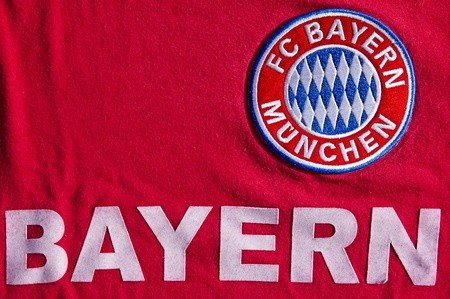 Bayern Munich claimed the top spot in the Bundesliga thanks to a victory over Mainz, as title rivals RB Leipzig and Borussia Monchengladbach shared the points in an exciting draw. Bundesliga’s leading scorer Robert Lewandowski opened the scoring with a header after 8 minutes. This was Lewandowski’s 85th goal in his last 100 games for Poland and Bayern Munich. Thomas Muller and Thiago made sure of the three points for the Bavarians. Jerry St. Juste scored a consolation goal for Mainz. Leipzig could have reclaimed top spot had they managed to beat fourth-placed Gladbach. The visitors took the lead with goals from Alassane Plea and Jonas Hofmann. In the second half Leipzig pulled one back after Gladbach keeper Sommer dropped a corner into Patrick Schick’s feet to prod home. Borussia Monchengladbach was reduced to 10 men when Plea was sent off for the second bookable offence. The momentum swung in Leipzig’s favour and Christopher Nkunku salvaged a point for the hosts right at the end, with a brilliant strike from 20 yards.

FC Union Berlin suffered a 5 – 0 defeat away to Borussia Dortmund who has now scored five in each of their last three games. Teenager Erling Braut Haaland became the first player to score seven goals in his opening three Bundesliga games. The 19-year-old has played just 136 minutes and has scored from all his seven shots on target for Borussia Dortmund. England’s Jadon Sancho opened the scoring after 13 minutes and become the only teenager to score 25 Bundesliga goals. Haaland scored his first five minutes later, then captain Reus made it 3 – 0 from the penalty spot after 68 minutes. Axel Witsel scored the fourth 2 minutes later and Haaland scored his second and Dortmund’s fifth in the 76th minute.

Liverpool six wins away from glory

Liverpool continued their relentless march towards the Premier League title with a comfortable win at home to Southampton. The Saints had a very good first half and matched the hosts in an even 45 minutes. The game took a total twist of events as soon as Liverpool scored their first goal. Alex Oxlade-Chamberlain found the net two minutes after the restart with a low drive into the bottom corner. Southampton tried to react and opened the door to Liverpool’s clinical counterattacks. Goals from captain Jordan Henderson and two from Mohamed Salah extend Liverpool’s unbeaten run in league games to 42. The reds have now picked up 100 points from the 102 available. Manchester City failed to keep up with the leader when on Sunday they lost away to Tottenham Hotspur. City had several chances in the first half including a penalty which they failed to convert. Hugo Lloris saved Ilkay Gundogan’s penalty just before half time.

As always happens in football when you miss your chances you get punished. Oleksandr Zinchenko was dismissed for a second yellow offence on the hour mark, leaving City with ten men. A superb volley from Steven Bergwijn making his debut for Spurs gave the hosts the lead 3 minutes later. Son Heung-min made it two for Tottenham and effectively wrapped the game after 76 minutes. The result lifts Spurs to fifth in the table and leaves City 22 points behind Liverpool. Chelsea claimed a draw away to third-placed Leicester City. It was a thrilling game with Antonio Rudiger opening the score for the visitors. Two quick succession goals from Harvey Barnes and Ben Chilwell put the hosts in front. Antonio Rudiger scored his second of the game 20 minutes from time. Leicester had chances to win the game in the final minutes, but Jonny Evans and Harvey Barnes fluffed their opportunities. At Old Trafford Manchester United and Wolverhampton Wanderers shared the spoils in a 0 – 0 draw. Bruno Fernandes made his debut for the Reds after his transfer from Sporting Lisbon on Friday.

Juventus remain top of Serie A with a home win against Fiorentina. They won the game thanks to two goals from the penalty spot by Christiano Ronaldo and the third goal from Dutch defender De Ligt. Fiorentina had their chances as Wojciech Szczesny was in fine form keeping the Viola out with a string of decisive saves. The deadlock was broken when Juventus were awarded a penalty after a VAR on-field review when the ball was charged down by German Pezzell’s raised hand. Ronaldo scored from the spot thus equaling David Trezeguet’s Juventus record of scoring in nine consecutive Sere A games. Fiorentina started the second half on the offensive and created other chances only for Juventus to be awarded a second controversial penalty. Ronaldo sent the goalkeeper the other way to score his second of the game. The third goal came in added time when Matthijs de Ligt headed home from a Paulo Dybala corner. Inter remained 3 points behind the leaders with a deserved away win against Udinese. After three consecutive 1 -1 Serie A stalemates the Nerazzurri were under pressure to keep up with Juve. In the first half, both teams had chances to open the scoring with efforts at both ends. It was the Belgian Romelu Lukaku who broke the deadlock 20 minutes into the second half. Alexis Sanchez won a penalty six minutes later when he was brought down by Udinese’s keeper Juan Musso. Lukaku kept his wits as he slotted his and Inter’s second goal to give Conte a much-needed win.

Lazio returned to winning ways after their draw with Roma last weekend. Spal started well but Lazio scored with their opportunity of the game as Serie A top scorer Ciro Immobile volleyed home in the 3rd minute of the game. Caicedo made it two when he turned in a rebound of the post from a Manuel Lazzari shot. Immobile scored his second after he sprung the offside trap and scoring from an improbable angle. This was Immobile’s 25th goal in Serie A this season. Caicedo made sure he wouldn’t be outdone by Immobile when he scored his brace on 37 minutes. Bobby Adekanye got his debut goal for Lazio when he scored from a tap in just before the hour mark. Simone Missiroli got a consolation goal for Spal as the Aquille defence had lost their concentration by that stage.

In the Madrid derby, it was a goal scored by Karim Benzema that decided the encounter between Real Madrid and Atletico Madrid. Zinedine Zidane’s side has now gone 21 games unbeaten in all competitions and has won eight in a row. Real were the better team and could have won with a bigger margin had it not been for Jan Oblak between the posts for Atletico. The goal arrived on 56 minutes when the French striker converted Ferland Mendy’s cross. Atletico has dropped to sixth place in La Liga and has now gone five games without a win. Barcelona’s Ansu Fati has become the youngest player to score a La Liga brace as he made history scoring two on Sunday night. Messi was involved in both goals with perfect passes that set up the teenager to find the net in a three-minute spell. Ruben Rochina pulled a goal back for Levante with a left-footed shot from outside the penalty box. The victory keeps Barca three points behind leaders Real Madrid. Getafe moved up to third place after their first win at the Nuevo San Mames stadium against Athletic Club. Damian Suarez put the visitors in front after some fancy footwork in the box, before firing into the bottom left-hand corner. He scored the second from the penalty spot five minutes after the half time break. Getafe has now won three games on the run and has kept clean sheets in each of these games. Los Azulones are third on goal difference above Sevilla who could only draw in their home game against Alaves. Sevilla had to come from 1 – 0 in another disappointing game for Julen Lopetegui’s men. Alaves took the lead in the 70th minute through a well-worked free-kick that ended with Joselu firing into the net. Five minutes later Sevilla was awarded a penalty when a cross hit Ruben Durate’s hand. Lucas Ocampos stepped up to beat Fernando Pacheco from the spot.