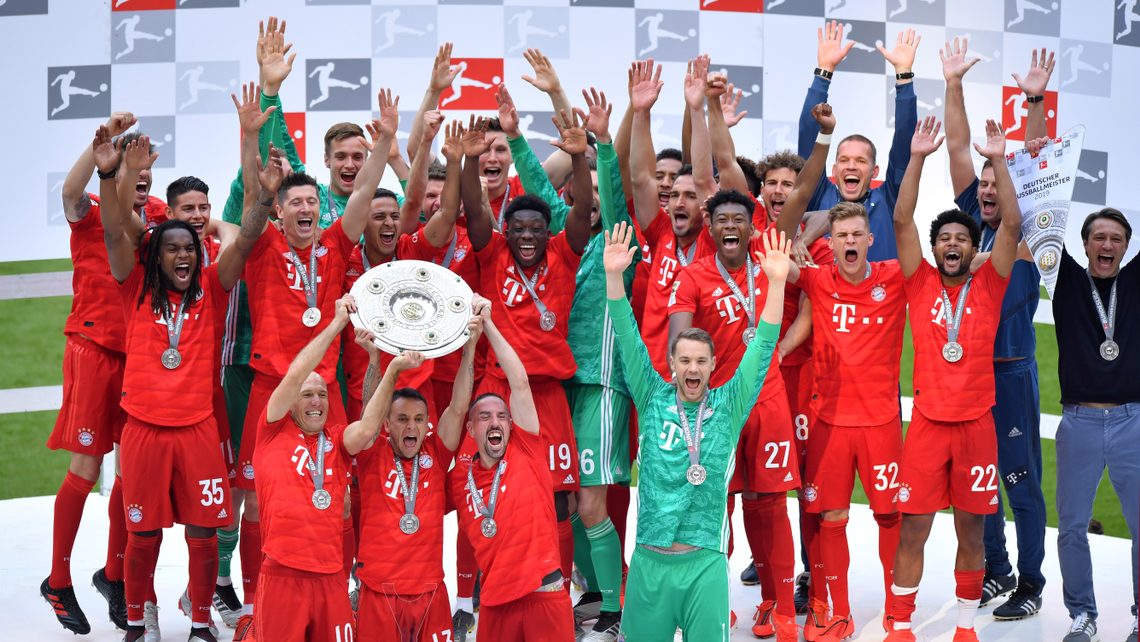 Bayern Munich sealed their 28th Bundesliga title after beating Eintracht Frankfurt 5-1 at the Allianz Arena on Saturday. Franck Ribery and Arjen Robben both scored in their final home match for the Bavarian club.

Kingsley Coman, David Alaba and Renato Sanches also scored to ensure that Niko Kovac’s team finished ahead of title contenders Borussia Dortmund. The latter managed to win against Borussia Monchengladbach but still ended the campaign in second place. Borussia Dortmund held a a six-point lead at the top of the standings following the winter break. However a collapse in form saw Lucien Favre’s men lose their chance to end Bayern Munich’s domestic dominance.