Foreign Minister Evarist Bartolo urged his EU and US counterparts to create an alliance which would strive to enjoy the trust of Libyans to help end the ongoing civil war in a videoconference meeting today.

The minister, who has long argued that the EU should step up its efforts in Libya, argued that the alliance’s objective should be one Libya for Libyans, and not “a war theatre where geopolitical and energy interests are played out by proxy.” 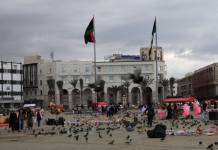 Bartolo insisted on the importance of bringing Libyans together through the UN-led political process to shape their own future.

“If the destiny of Libya is determined by non-Libyans, it will be against the interest of the Libyan people and there will be no long-lasting stability and peace in Libya,” he said.

“And this will be against the interest of the EU and the US.”