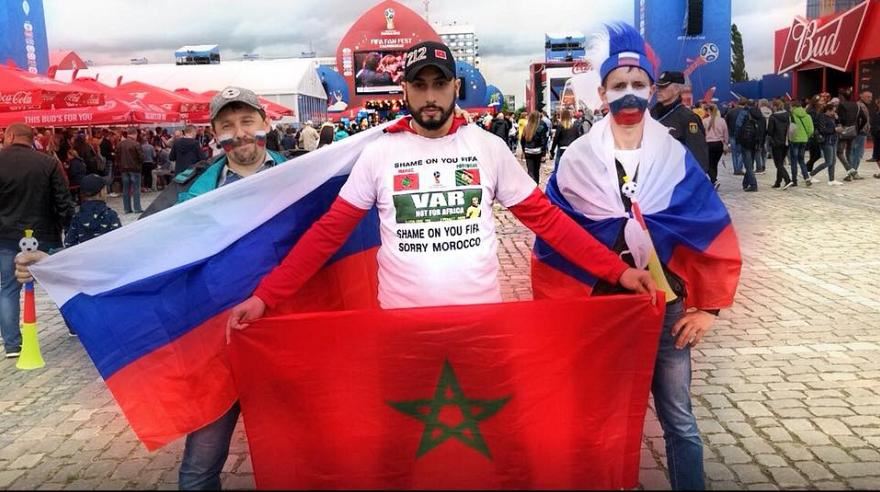 A fan of the Moroccan national team explained that during the game he was put in a solitary cell and authorities confiscated his passport because he wore a shirt criticising Fifa.

Omairy Yassine, a Moroccan-American from Orlando, explained how he was disappointed with the way the match between Morocco and Portugal was refereed. So he decided to make a silent protest.

He reiterated that the referee failed to give the Moroccan team two penalties.

Thus Omairy printed a handful of shirts for him and his friends to wear during the game.

When the match ended, Yassine collected the passport and he was asked to leave the country as soon as possible.