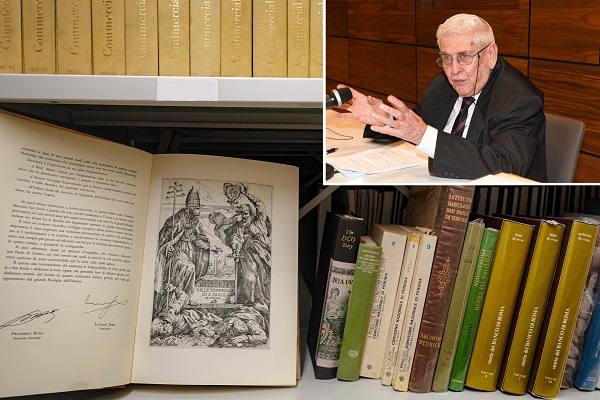 Banking historian John A. Consiglio has donated a selection of books from his personal library to the Central Bank of Malta.

The selection includes some hard-to-find volumes on banking history which will undoubtedly complement the bank’s extensive library collection.

After studying at some of the highest rated universities around the world, Mr Consiglio spent over four decades working with commercial banks and was also a lecturer at the University of Malta. He also served on the Board of the Malta Financial Services Authority, and is the chairman of the Revenue Remissions Supervisory Board at the Income Tax Department.

His love of banking history prompted Consiglio to write various books and numerous articles on finance and banking history in Malta and the Mediterranean. His 2006 book on the history of banking in Malta remains the only comprehensive historical record so far on the topic.

Consiglio’s donation strengthens the bank’s commitment to make the library a hub of debate and research in the fields of banking, economic, finance and social scholarship.

For more information about the Central Bank of Malta library, you may visit the website.