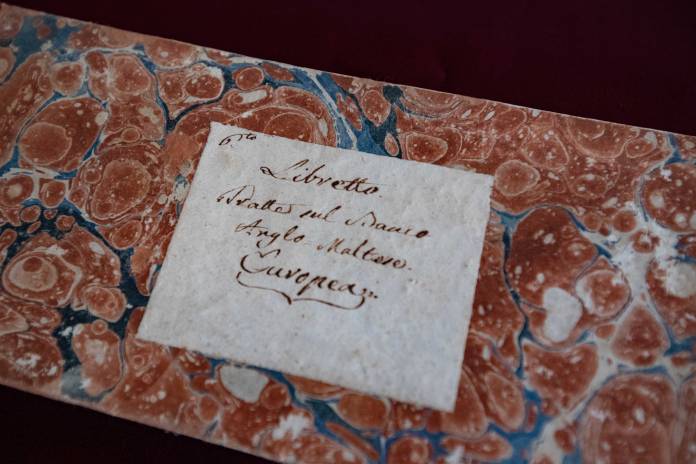 Bank of Valletta supported the conservation of eight historical documents found at the Notarial Archives at St Christopher Street, Valletta, within the Office of the Notary to Government.

This conservation project was spearheaded by the Notarial Archives Foundation (NAF) under its ‘Adoption Scheme’, which encourages institutions, companies and individuals to sponsor the conservation of notarial documents. One of these ‘adopted’ documents is the original deed of the formation of the Anglo-Maltese Bank in 1810. The Anglo Maltese Bank was one of four banks that merged into the National Bank of Malta, the predecessor to Bank of Valletta.

The Notarial Archives Foundation is a voluntary organisation that seeks funding to preserve and protect the rich collection of notarial documents in a professional, efficient and accessible manner for future generations of researchers. The conservation of Bank of Valletta’s ‘adopted’ financial instruments was made by the NAF’s warranted paper conservators, under the supervision of Dr Theresa Zammit Lupi. The documents underwent treatment which included surface cleaning, paper and cover repairs, and the flattening of deformations, amongst others.

Dr Abela said that ironically these documents have survived by being forgotten, since, in all probability they would have been disposed of if they were stored in a place which was regularly used. Ever since the launch of the Adopt a Notary Scheme in 2013, this was the first time that a sponsorship was directed specifically towards the preservation of financial instruments, namely, old chequebooks. It was hoped that more organisations follow BOV’s example since the Foundation’s work depended on such donations.

‘The Notarial Archives are literally over 20,000 glimpses of our past six centuries collected in one place.’ said Dr German. ‘The most significant events in Malta’s history are documented here and it is our duty to preserve them for posterity. This collection of financial documents conserved with the help of Bank of Valletta will help to make the Notarial Archives more accessible to students, scholars, historians and researchers.’

‘It is indeed an honour to be standing in front of a document that is basically the foundation stone of Bank of Valletta,’ said Dr Bugeja. ‘As a Bank with over 200 years of history, we appreciate the valuable work undertaken by the Notarial Archives and it was indeed our pleasure to participate in a project that will continue to ensure that Malta’s rich cultural heritage will continue to prosper for the enjoyment of future generations.’