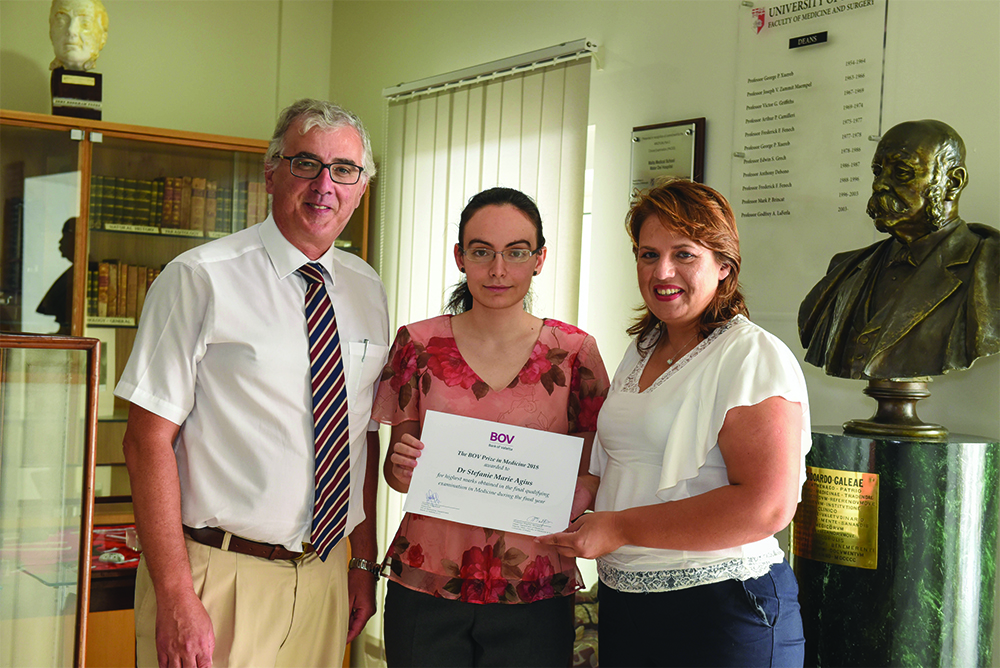 The BOV Prize in Medicine 2018 for the scholastic year that has ended was awarded to Dr. Stephanie Agius, the student who obtained the highest mark in her final examinations in medicine at the University of Malta.

The prize was awarded to Dr. Agius by Joyce Tabone who is responsible for Media and Community Relations at Bank of Valletta. The Head of the Department of Medicine and Deputy Dean of the Faculty of Medicine and Surgery at the University of Malta, Prof Stephen Montfort was also present.

The BOV prize in Medicine was instituted in 2006 and acknowledges the efforts of the student/s who achieves the highest examination results during the final year.

“Through this award, the Bank is recognising the effort and commitment shown by Dr Stephanie Agius. We also hope that this prize serves as an incentive to other students to excel in their respective fields of study,” commented Joyce Tabone as she congratulated Dr Agius on her achievement. “We trust that the commitment you have shown thus far will drive you to further your medical career.”

Professor Montefort confirmed that Dr Agius had been consistent throughout her years studying for her degree as a medical student. He complemented her for, “finally cementing her hard work as an exemplary performance, distinguishing herself by earning the highest results in the final examination.”