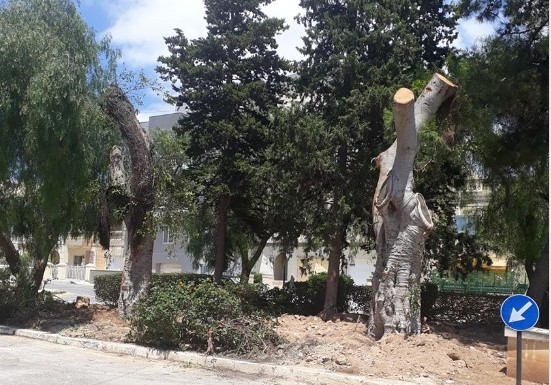 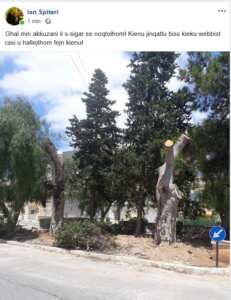 The saga of the two Balzan trees, recently summarily removed from their rather precarious position in Balzan Valley road continued yesterday. Balzan Mayor Ian Spiteri posted on Facebook the picture of one of the trees which has now been replanted in the area behind the Parish Church. The Mayor, in a somewhat miffed tone, uploaded this picture, saying that this was ‘a reply’ to all those who doubted the replanting. He said that the trees would have died if he had been obstinate.

The trees were removed from Balzan Valley road as part of an upgrade project. The plans were leaked to the media by residents after repeated requests from various interested parties remained unanswered.

In the meantime, there is still no news about the other tree.