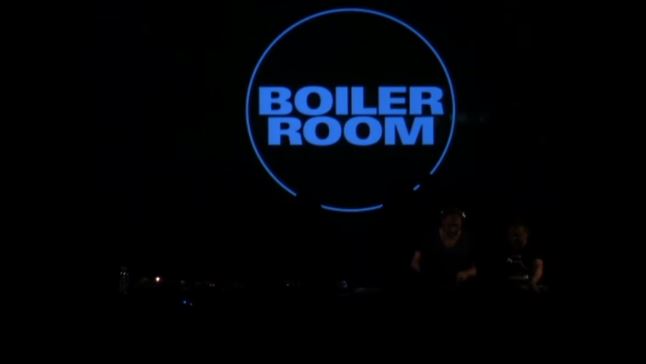 This year Ballantine’s Scotch Whisky are taking True Music back on the road and re-joining forces with Boiler Room for a series of events around the globe in Russia, Poland, Spain, and South Africa.

Maltese party goers will be able to witness the strength of this partnership first hand as the DJ performances from Krakow’s Boiler Room event on April 25th will be live streamed via Boiler Room TV on large screens at The Vault, in Gianpula Village. All this set up in an ambiance that only Ballantine’s can create.

Headlining the Ballantine’s True Music x Boiler Room Krakow event are none other than Fjaak, the Berlin-based techno trio with multiple hit singles and albums under their belt. Holland native Martyn and Swedish duo Shxcxchcxsh will be bringing their own distinct sounds, while Polish representation will take form in Private Press and Olivia, a key player in the Polish electronic music scene, adding their own music interpretation to this stellar line-up.

To make this livestream event even more special, Malta’s own Acidulant and Dean Demanuele will also be DJing, but in person, at The Vault, Gianpula Village, at different times during the livestream party.

Over the last four years, Ballantine’s, through its True Music platform, has partnered up with Boiler Room, the world’s biggest broadcaster of new underground music, with a simple mission – to showcase and celebrate the most credible music scenes and stories from around the world.

Keeping true to their vision of pushing music scenes forward and supporting artists, fans, crews and the wider music community in the areas that need it most, Boiler Room x Ballantine’s True Music events have been hosted around the globe providing over 220 artists with a global audience of more than 115 million viewers worldwide.

Claudia Attard, Ballantine’s Brand Executive at Farsons Beverage Imports Company (FBIC) Limited, said, “Ballantine’s True Music celebrates artists who do it their way. Whether they are just starting out or are already global stars, they aren’t in it for the glitz and glamour, but simply to make the music which they truly believe in, for them as artists, and for their fans.”

Tickets for the Boiler Room x Ballantine’s True Music Krakow livestream event are free of charge but available to only 300 guests. More information about the event and tickets can be found online.

Ballantine’s Scotch Whisky is imported, marketed and distributed by FBIC, a member of the Farsons Group.

Christmas concert for Farsons Group employees and their families