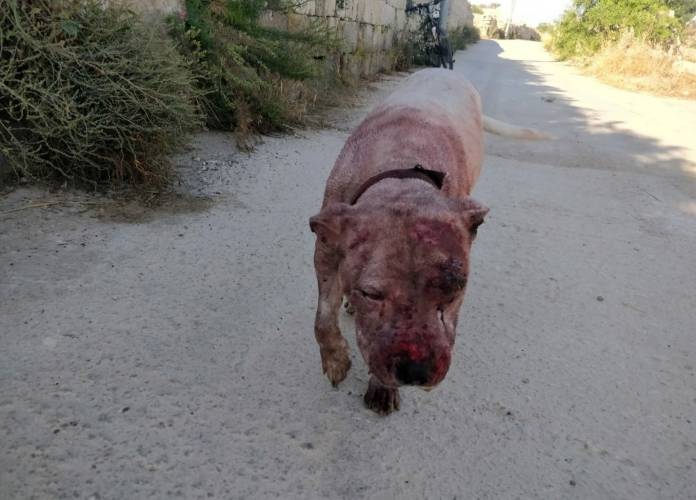 A badly-injured dog was rescued from the streets earlier today with what looks like burns or wounds all over his body.

On social media, animal rights advocate Moira Delia said that the dog had been picked up by Animal Welfare and that a report will be issued shortly.

Animal Welfare may be contacted on 1717.