This week Theresa May’s dealings with the EU on the Brexit Deal will be put to the lithmus test of the House of Commons where they are widely expected to be defeated. In spite of a late night agreement cobbled with EU President Juncker, May seems to still lack the support needed in Westminster and, just as crucially, Labour now seem to be endorsing a second referendum. To further complicate matters, the IRA, long dormant after the historic Good Friday Agreement, has now claimed it is behind the parcel bombs found in London and Glasgow last week. With the specter of terrorism raising its ugly head again in the shadow of the Irish Backstop, this is what this week’s politics in the UK will be about. 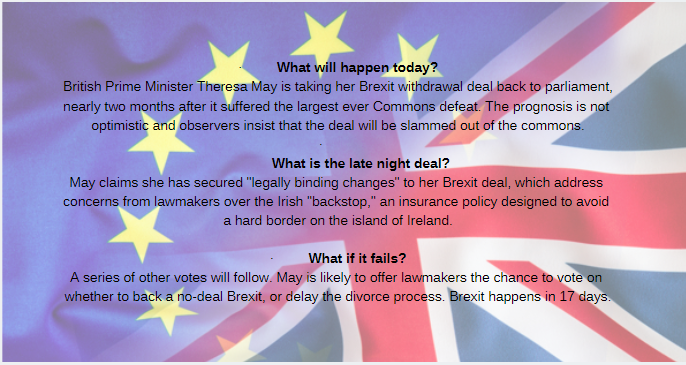 John Paul Cordina   February 22, 2020
Thirteen NGOs led by BirdLife Malta are insisting that voters’ right to demand an abrogative referendum should remain untouched, pushing back against hunters’ demand that it be rescinded.

Amy Borg   February 21, 2020
The Environmental Resource Authority, ERA, has approved the termination of current Chief Executive Officer Dr Louise Spiteri. In a short press statement, the ERA’s Board said it was a mutual agreement.

Young people are the core of fight for life