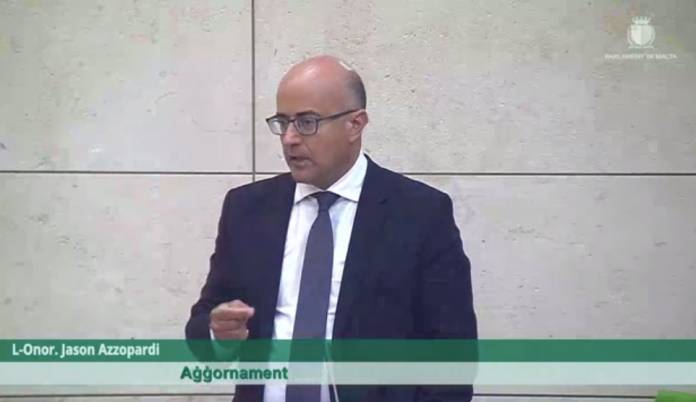 Nationalist MP Jason Azzopardi wondered why the police had not yet summoned a number of people for questioning, including the business partners of Yorgen Fenech in the Electrogas consortium and Enemalta officials – as well as disgraced former minister Konrad Mizzi.

In an adjournment speech in Parliament on Monday evening, Azzopardi insisted that since 2013, Enemalta had been used as a “funnel” to channel a coordinated corrupt operation involving Mizzi as well as other public officials.

He noted how the judges presiding over the public inquiry into the murder of Daphne Caruana Galizia – whose family he represents as a lawyer – reacted with incredulity when they found out that the police did not look into Mizzi after he was revealed to have opened a secret company in Panama.

Azzopardi added that it was no secret that Daphne’s family felt that her murder could have been avoided if Malta followed in the footsteps of other countries – even developing ones – which chose to follow up the revelations of the Panama papers. Instead, he said, the police were advised not to pursue this course of action.

MP names five who should be questioned

Azzopardi specifically named five persons who should have been summoned for questioning long ago, including Mizzi himself, though he also pointed out that Mizzi did not act on his own, but with the complicity of former PM Joseph Muscat and others.

Two were named for their role in Enemalta, including current board chairman Kevin Chircop, who was responsible for Enemalta’s investment in a Montenegrin windfarm – which, it was recently revealed, saw Fenech make millions of profits in a few short weeks through his secret company 17 Black. The other is Infrastructure Malta CEO Frederick Azzopardi, who had been Enemalta’s executive chairman at the time.

But the MP also mentioned two Maltese businessmen involved in the Electrogas consortium, namely Paul Apap Bologna – who in 2009 had approached the PN with plans for a new power station similar to the deal Electrogas eventually reached – and Gasan Group CEO Mark Gasan. He said that the two businessmen were laying low in the wake of Fenech’s arrest, but insisted that they had a lot of information to give – should the police send for them.

Azzopardi also reiterated that what is publicly known is already shocking, but a lot more still needed to come out.

But he reminded that the stark reality was that a person was killed as a result, and that many still felt comfortable to joke about the tragedy, “spurred by a climate of impunity that Muscat and the thugs he created continue to foment.”

“As long as this climate persists, my colleagues and I will fight for the real truth to come out,” he concluded.