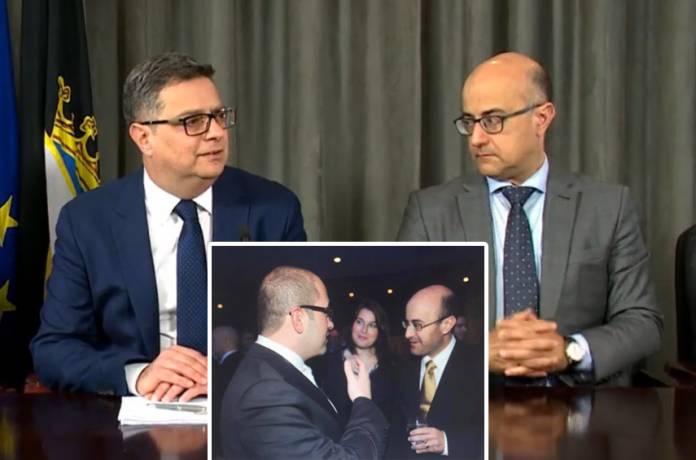 PN MP Jason Azzopardi was harshly critical of what he described as a coordinated smear campaign against him after an old photo showing him speaking to Daphne Caruana Galizia murder suspect Yorgen Fenech started making the rounds on social media.

Azzopardi – who is presently a lawyer to the Caruana Galizia family – said that it was clearer than ever that there were coordinated efforts involving the Labour Party, elements within the PN leadership as well as people in organised crime “to attack all those who are fighting for justice on the assassination of Daphne.”

“But know this; you will not make me afraid, stop me or hinder me. You will have to kill me to do so,” the MP said defiantly.

The photo shows a visibly younger Azzopardi – who is presently representing the Caruana Galizia family in proceedings against Fenech – apparently chatting to the former Tumas Group CEO at a social reception, and the MP, noting the spectacles that he was wearing, said that the event would certainly have taken place before 2008.

He said that he could not remember each guest he met at a reception years ago, and emphasised that at the time, Fenech “was a nobody. He knew who I was, but I did not know who he was.”

But Azzopardi also insisted that his actions in Parliament and the Law Courts spoke for themselves, and emphasised that in any case, he never met, communicated or dined with Fenech after it was revealed that he owned Emirati company 17 Black – linked to offshore structures set up by Konrad Mizzi and Keith Schembri – in November 2018.

The MP also argued that those “falling over themselves this morning, especially Labour and Delia trolls who are working in tandem to tarnish my reputation” did not realise that they were contradicting themselves in a bid to discredit him.

“Once according to them and Robert Abela there is nothing wrong for a politician to have an intimate relationship with YF in 2019 (post 17 Black), let alone a meeting or communication, as long as it did not take place after his interrogation by the Police in connection with the assassination, how credible are they when digging a photo of a casual encounter in a social activity attended by many people several moons ago,” he asked.

A few days ago, Azzopardi had presented a private member’s bill which would see the use of private email for government work become a criminal offence punishable by jail time: he specifically highlighted former PM Joseph Muscat’s continued use of a private email as an example. 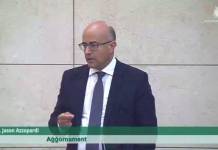 But Azzopardi had also emphasised that Delia had been ignoring this – and other reforms proposed by the MP – since 2017, prompting the MP to forge ahead with presenting the bill in Parliament without the embattled party leader’s blessing.