Competent authorities should hold responsible those who are responsible for any shortcomings which are placing people’s lives in dangers, former AD chairperson and independent candidate Arnold Cassola said in a sworn statement following a traffic collision in Swieqi which left an elderly woman fighting for her life. 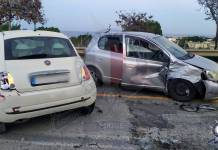 “Competent authorities should hold accountable all those responsible for such shortcomings which are endangering people’s lives. If Infrastructure Malta is responsible for this [Swieqi] project, then it should shoulder responsibility,” Cassola said, adding that proper road signage should be in place to guide drivers accordingly and avoid incidents.

Cassola’s sworn statement regarding the traffic incident was sent to Police Commissioner Angelo Gafà. He asked the police chief to forward it to the inquiring magistrate.

On Sunday, a woman was seriously injured following a collision on Triq Sant’Andrija at 9.30am.

Cassola said that this incident resulted from carelessness and lack of necessary road signs on the roads in the area.

“Road works have been going on for months. The road has been transformed into a two-way street without the necessary road signs to guide drivers coming from Baħar iċ-Ċagħaq and going to Luxol,” he said.

Drivers find themselves on the wrong side of the road, Cassola pointed out, highlighting that this is leading to confusion. The independent candidate underlined that this happened to him as well.

“There is not even a sign to inform drivers that the two-lane road suddenly becomes a one-way street,” Cassola said.