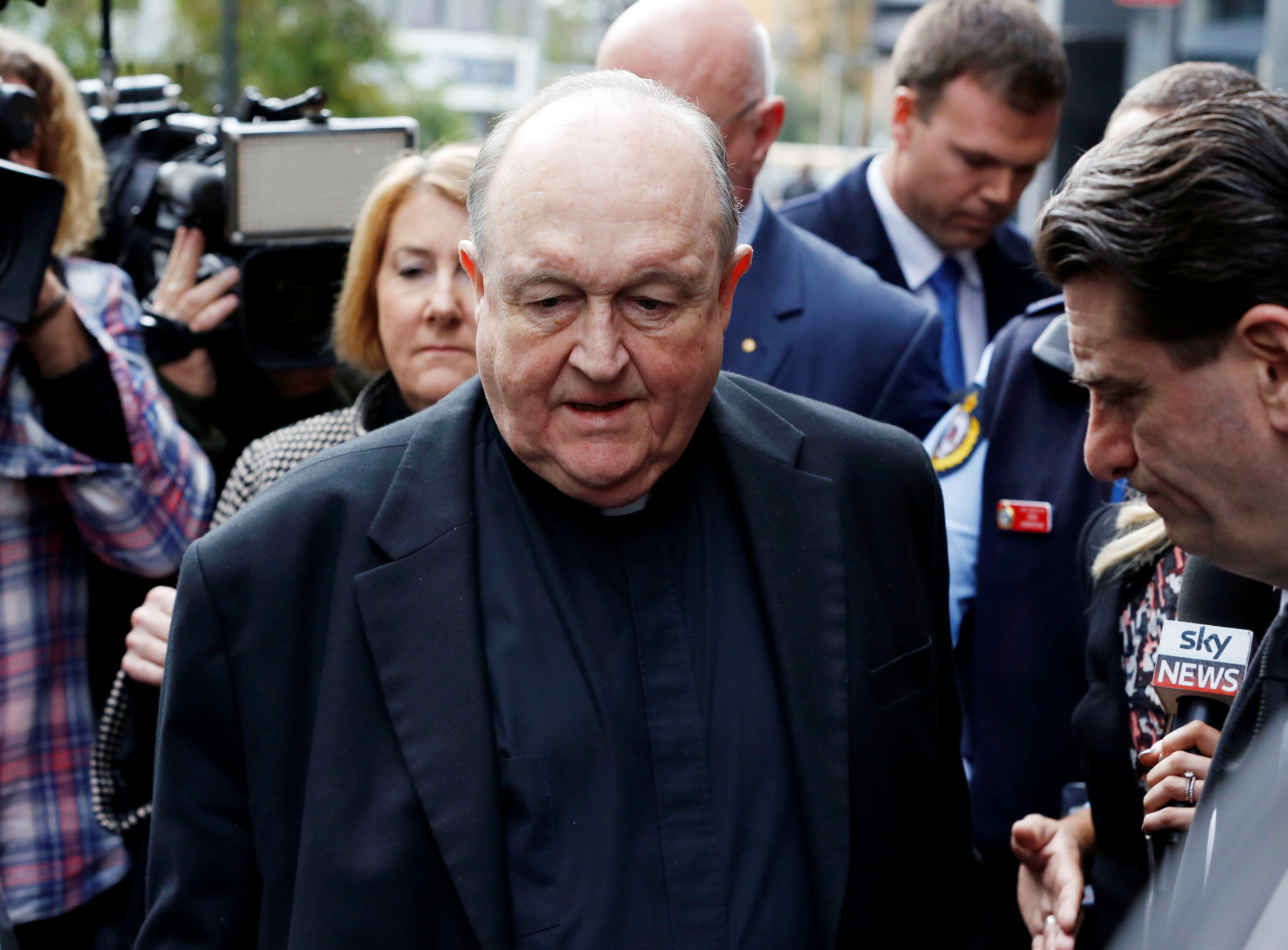 Australians welcomed on Tuesday the resignation of Archbishop Philip Wilson, who had resisted quitting for two months after he became the most senior Catholic cleric in the world to be found guilty of concealing child sex abuse.

Wilson, 67, came under pressure from abuse victims, other bishops, and Australian Prime Minister Malcolm Turnbull after being convicted for having failed to disclose to police that two victims had told him in 1976 they had been abused by another priest, James Fletcher.

Wilson, who has maintained his innocence, had stepped down from his role as archbishop of Adelaide in South Australia state but refused to resign while he was appealing against his conviction.

He said he sent a letter of resignation to Pope Francis on July 20, who accepted it on Monday.

“Philip had dug his heels in and I thought he would continue that way for a bit longer, so it did come as a surprise, but it is very, very welcomed news,” Peter Creigh, one of Fletcher’s victims, told Australian Broadcasting Corp. television.

Fletcher was found guilty in 2004 of nine counts of child sexual abuse and died in jail in 2006 after a stroke.

Wilson said in a statement late on Monday he had decided to resign because he had “become increasingly worried at the growing level of hurt that my recent conviction has caused within the community”, especially to Fletcher’s victims.

Broken Rites, a support group for victims of Catholic Church abuse, said Wilson’s resignation was “too little, too late”.

“It’s disappointing to victims that he’s claiming that he’s doing it for them. Why didn’t he do it before?” said Broken Rites spokeswoman Chris MacIsaac.

Bishop Greg O’Kelly, who was appointed to run the Archdiocese of Adelaide until Francis names a new archbishop, told reporters Wilson’s resignation brought to a close a spell of uncertainty and anxiety in the archdiocese and beyond.

He hailed Wilson’s advocacy for victims in recent years but acknowledged that his refusal to resign after his conviction had reignited memories of the pain the church had inflicted on victims of abuse.

“That’s something which we regret very much – the hurt of people who have already been hurt,” O’Kelly told a news conference in Adelaide.