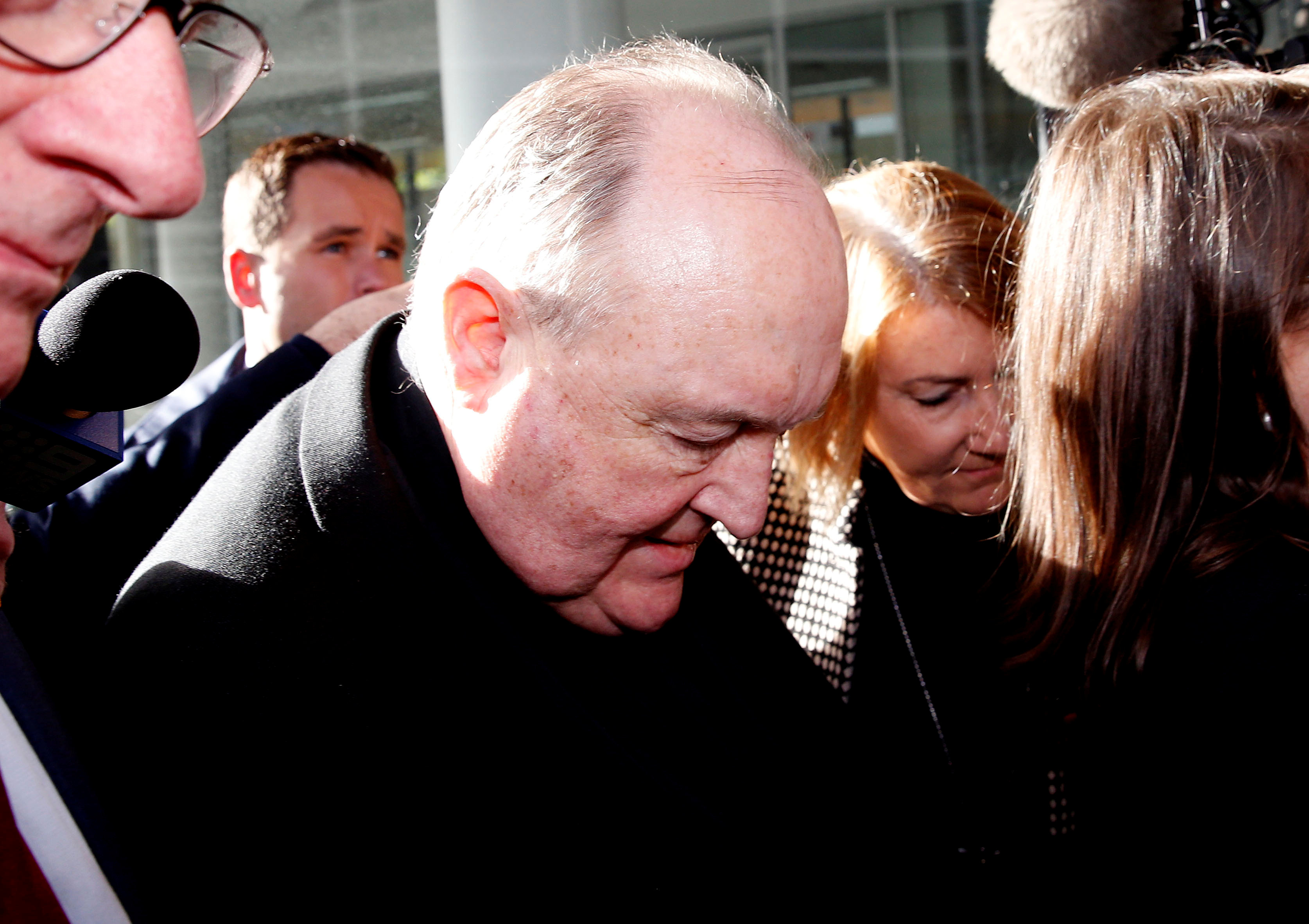 Australian Archbishop Philip Wilson, the most senior Catholic cleric in the world found guilty of concealing child sex abuse in the Roman Catholic Church, has resigned, the Vatican said on Monday. Wilson, 67, of Adelaide, was convicted in May of failing to disclose to police abuse by another priest, James Fletcher, after being told about it in 1976 by two victims, one of them an altar boy who told him inside the confessional..

The resignation came two days after the Vatican announced that the pope had stripped Theodore McCarrick, the former archbishop of Washington, of his rank as cardinal and ordered him to live in seclusion. McCarrick has been accused of sexual abuse of minors and adult seminarians decades ago.

The Vatican said Pope Francis had accepted Wilson’s resignation but did not mention the reason. Wilson had earlier refused to resign, saying he would wait until his appeals process for the conviction was finished. He said in a statement he hoped his decision would be a “catalyst to heal pain and distress” in the Archdiocese of Adelaide. “I must end this and therefore have decided that my resignation is the only appropriate step to take in the circumstances,” Wilson said.

Australian Prime Minister Malcolm Turnbull, who this month urged the pope to sack Wilson, said he welcomed the decision to quit, which “belatedly recognises the many calls, including my own, for him to resign”.

“There is no more important responsibility for community and Church leaders than the protection of children,” he said in a statement.

Watch: The Church is providing continuous support to people who are self-isolating