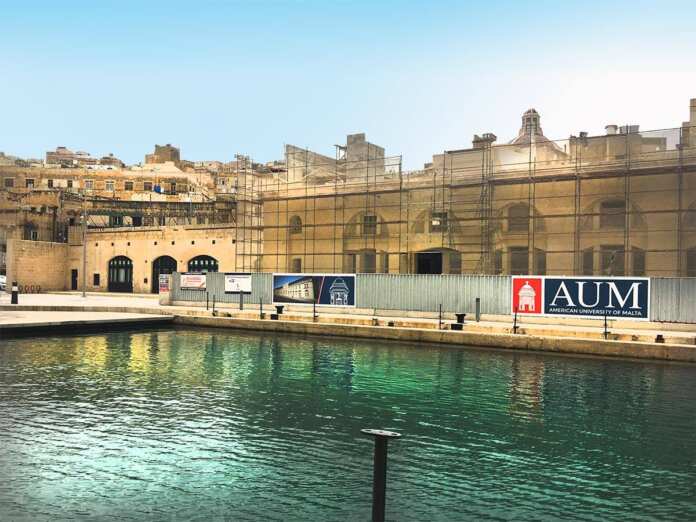 Moviment Graffitti has announced that the highly controversial American university of Malta (AUM) campus extension has not been approved.

On Facebook, the NGO added that this issue is to be discussed by the Planning Authority (PA) once more.

A civil action group ‘Action: Give us Back our Land’ had requested all concerned parties to sign a petition objecting to the AUM’s extensions on Dock 1 and its environs in Cospicua.

In a statement, the group explained that it will be organising actions in the run-up to the Planning Authority hearing of PA application 07496/16. It added that yesterday, the hearing was postponed, at the applicant’s request, from the 12th September to 26th September.

The PA application involves the construction of an administrative building between the British and the Knights Building. This building would be in place of the current open community space, recently upgraded with EU funding on the Dock 1 waterfront.