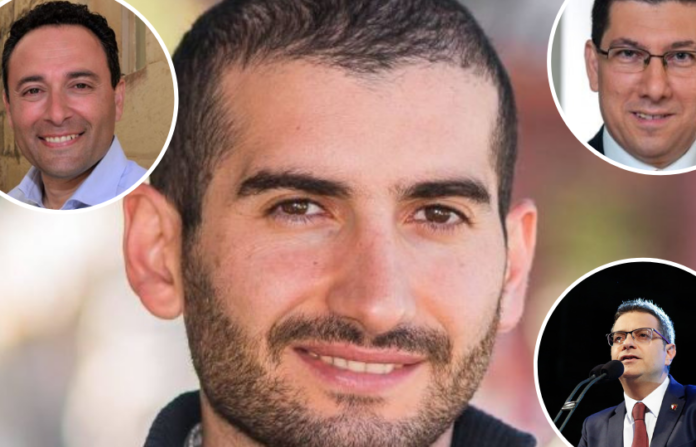 This was said in comments to Newsbook.com.mt following the message which PN Leader Adrian Delia sent at 5am in the morning. The message was sent on WhatsApp to the PN Administrative Council. The message is wrought with analogies of ‘war’, ‘mercenaries’, ‘warriors’ and ‘traitors’. 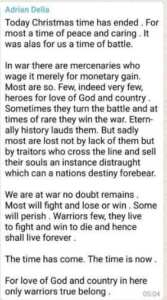 Sammut asked for a meeting with Secretary General Puli

In his comments, Sammut said that he doesn’t think the leader’s message to the party members is that ‘he wants to start a war’. He told Newsbook.com.mt that certain issues should be discussed within the internal structures of the PN without messages like the one Delia sent.

“I don’t know why he sent the message in that way” said Sammut who added that he hadn’t yet spoken to Delia about it. Sammut also said that he expects Delia to meet with PN officials to discuss all that is currently going on.

The Committee President asked PN Secretary General Clyde Puli to discuss the latest issues which have arisen in the PN. He added that he is still awaiting a reply.

In his words, the PN should not ignore what is happening as though it is not paying attention to reality. He said that ‘everyone’ is conscious of the allegations and videos being spread about Delia.

“The interest of the PN is not in what is going on in the family, but when things happen in such a public way, obviously the party will be hit.”

Sammut said that it is not within his competence to verify if the allegations are true or not. He said that many members of the PN are not feeling great. He said the demotivation is palpable.

PN MP David Stellini said that he is “very worried” about what is going on in the PN. He described the situation as “urgent”. He said that the messages going around on WhatsApp are complicating things.

Stellini told Newsbook.com.mt that all the PN structures should discuss the issues the PN is facing.

Regarding Delia’s message, Stellini said that he doesn’t believe people should leak private conversations to the public.

Stellini spoke about how PN candidates and activists need to trust each other more “because without faith you cannot move forward.” He added that he wishes the Administrative Council to meet with everyone’s consensus, not excluding that the meeting happens in the coming days.

“The division in the party is growing and not decreasing. The first necessity is to have a united party. One leader with the entire party behind him. Not only is there no unity, but the situation is getting worse.”

That being said, Stellini said that the current issues ‘aren’t all’ Delia’s fault, but there are a number of other factors.