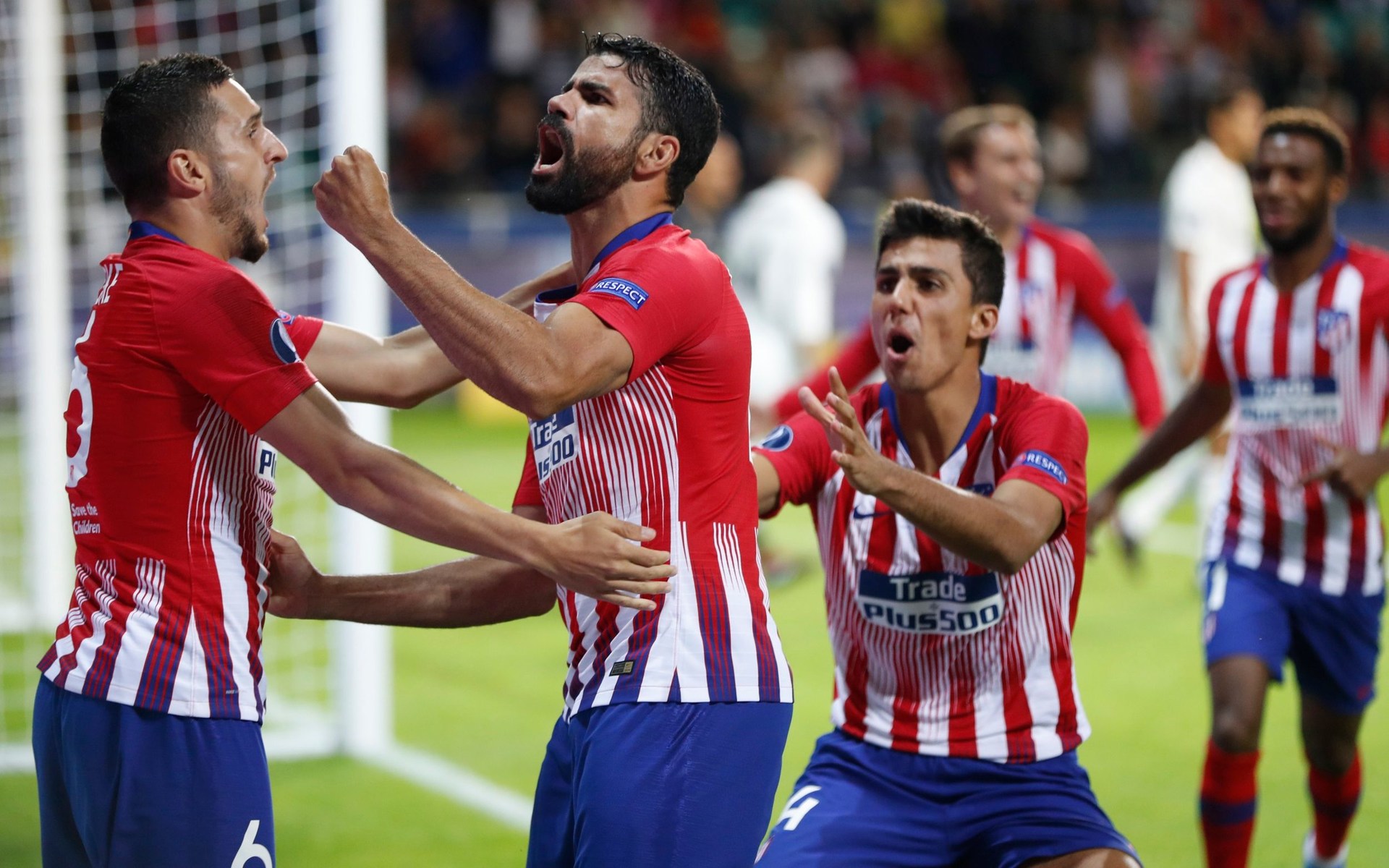 Defender Sergio Ramos scored a penalty after 63 minutes to gift Real Madrid the lead before Costa scored his second of the night in the closing stages of the match. Saúl Ñíguez and Koke scored in the first half of extra time to give Diego Simeone his seventh trophy as Atlético Madrid manager.