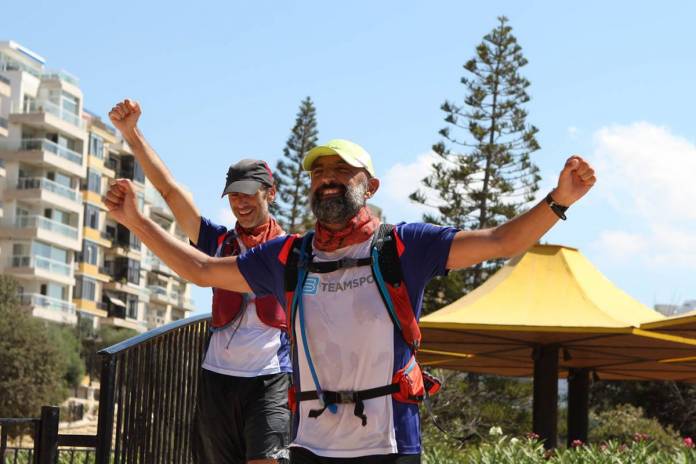 In the sweltering July heat, two athletes have completed a gruelling 35-hour 190km run around the entire coastline of Malta and Gozo, in a bid to help raise funds for an education programme for young migrants.

The 1 Run 1 Race, as the event is called, was organised in aid of the Education Support Programme, which is run by Kopin and the Jesuit Refugee Service. Donations may still be made on the run’s website, 1run.mt.

The two athletes, Claudio Camilleri and Patrick Tabone, had been training for a 101km run in Switzerland, but their plans were scuppered by the Covid-19 pandemic. Consequently, they revised their plans in favour of a run along the coastline of the Maltese islands, a run no one is known to have attempted in the past. 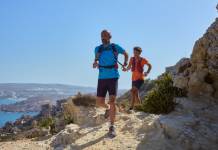 The two started their run at the Independence Gardens in Sliema at 3:45am on Saturday, following the coast northwards all the way up to Ċirkewwa, where they took the 9am ferry to Gozo.

They subsequently followed a clockwise route around the island before taking the ferry back and continued down the western coast of Malta – a run which took them all the way up to Malta’s highest point in Dingli. In total, the run comprised a change in elevation of 4,000m.

Camilleri and Tabone passed round Malta’s southernmost point in Birżebbuġa shortly after sunrise before making their way back north along the island’s east coast.

To help cheer them on at the end of the gruelling race, a group of runners joined them in Gżira, 5km from their destination. And shortly after 3pm, the two athletes completed their circuit at the Independence Gardens, where they were greeted by a cheering crowd.