While the COVID-19 emergency has led to a recent 87% drop in applications, EASO expects the overall increasing trend to resume. 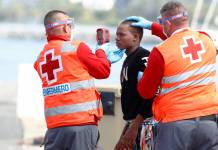 The Report finds that 2019 was the first time since 2015 that applications increased on an annual basis, in part due to a sharp rise in applicants from Venezuela and Colombia. Some EU+ countries such as Cyprus, France, Greece, Malta and Spain, received more asylum applications in 2019 than during the so-called migration crisis in 2015 and 2016.

The report outlines how EU+ countries receiving high shares of asylum applicants ramped up efforts to address the influx of migrants, disembarkations and rising backlogs of pending cases. It shows that during 2019, the majority of asylum applications were lodged in Germany, 22%, France, 17% and Spain, 16%, while the fewest were lodged in Liechtenstein, 50 , Estonia, 105,  and Latvia, 195. Most asylum applicants were Syrians, 11%, Afghans, 8.2% and Venezuelans, 6.2%.

The EASO said that EU+ countries made progress towards reaching the goal of resettling 50,000 migrants from non-EU countries under the second EU Resettlement Scheme.

In 2019, approximately 30,700 persons arrived in Europe through resettlement, 8% more than in 2018. Syrians accounted for nearly two-thirds of all resettled persons for the third year in a row.

The number of pending cases still awaiting a decision at the end of 2019, almost 912 000 applications, remained much higher compared to the pre-2015 level. However, backlogs were reduced in early 2020 as a result of temporary office closures due to COVID-19 safety measures.

Countries which had invested in modernising and automating asylum procedures in 2019 were able to restart operations quickly by processing applications online and conducting interviews through videoconferencing, said EASO. 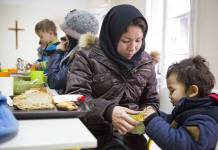 Nonetheless, as reported by EASO in recent months, national emergency measures due to COVID-19 led to a dramatic 87% reduction in asylum applications. Only about 8,700 applications for international protection were registered in EU+ countries in April, the lowest since at least 2008.

EASO reiterated that there is no indication of less demand for international protection, and as highlighted by EASO in May, EU+ countries should be prepared for increases in asylum applications in the medium term, including due to the repercussions of COVID-19 on low-income countries.