A mechanism through which EU funds are made conditional on the respect of the rule of law is unlikely to affect Malta, but the country should nevertheless remain vigilant and ensure that proper safeguards are in place, according to Peter Agius

Agius, the Nationalist Party’s representative within the European People’s Party, was being interviewed on 103FM as negotiations between EU leaders on the long-term EU budget and the bloc’s Covid-19 recovery plan reached their fourth day, amid wide disagreements. The Special European Council was originally set to last just 2 days, and end on Saturday. 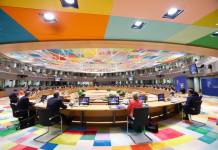 Though there should still be time to organise another council in the future, Agius noted that European Council President Charles Michel appeared to be seeking to prolong negotiations in the hope of achieving a concrete result, though there was little to indicate any such outcome for now.

The one apparent breakthrough, he observed, concerns a mechanism tying EU funds to the protection of the rule of law.

Agius said that this mechanism should be used as a ‘nuclear option,’ the last resort to punish a country which fails to respect the rule of law.

Prime Minister Robert Abela has signalled his agreement, with Agius stating that he expected nothing less.

Agius added that he did not expect Malta to lose funds through the mechanism, but insisted that the country should also ensure it never comes close to doing so. He noted that court cases and public inquiries have shown that Malta may have a lot of safeguards on paper, but that these were not working in practice. Officials and public authorities were often found to be subservient to politicians where they shouldn’t be.

Another contentious issue where Malta is concerned is the proposed introduction of a European carbon border tax which would directly contribute to the EU’s own financial resources.

Malta, whose low-tax regime helps attract foreign investment, is understandably wary about any efforts to harmonise taxes across Europe, and is set to be disproportionately affected by such a tax.

But Agius noted that the issue is not mentioned in the last document distributed to EU leaders during the summit, highlighting that this might not be good news for Malta – as it could mean that plans will move forward. Malta, he said, may have failed to gather support in Europe.

“These taxes will negatively affect our economic model,” he emphasised.

“We do see progress on a number of issues when it comes to Malta, like the rule of law. But on this front, we cannot be at ease.”

Each farmer can receive up to €7,000 from EU funds – Peter Agius