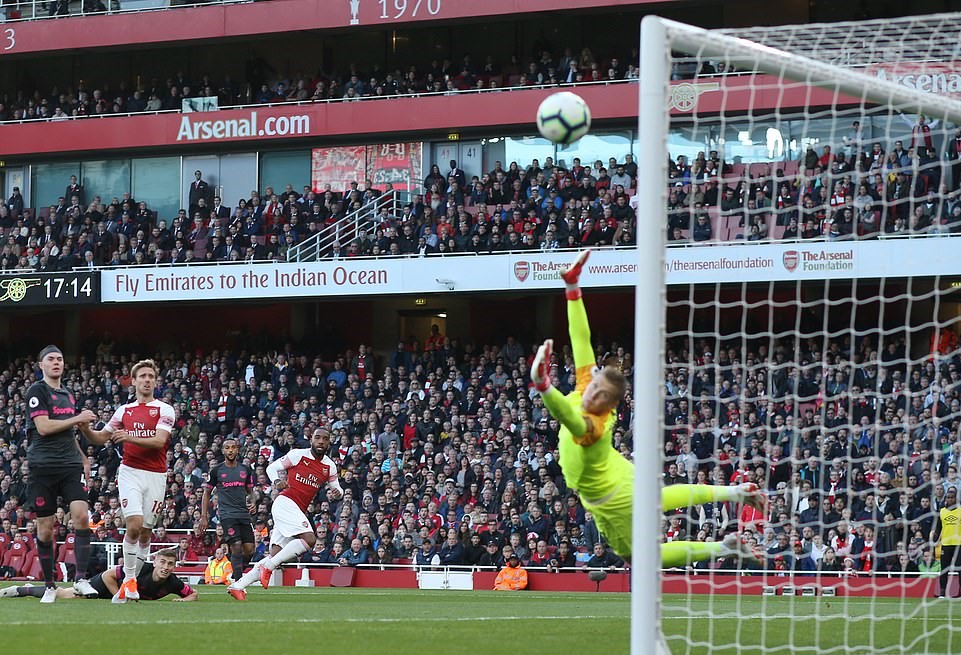 Arsenal surpassed Manchester United in the English Premier League standings with a 2-0 win against Everton. Richarlison went close to open the scoring for Marco Silva’s team in the first half but it was Arsenal’s striker Alexandre Lacazette who broke the deadlock after 56 minutes with a brilliant shot that went past Jordan Pickford.

Pierre-Emerick Aubameyang made it 2-0 with a close range finish from an offside position. Unai Emery’s side had Petr Cech to thank for after the 36-year-old made five important saves in the first half.

Arsenal have managed to win four Premier League matches in a row while Everton have failed to register a single win in as many games.