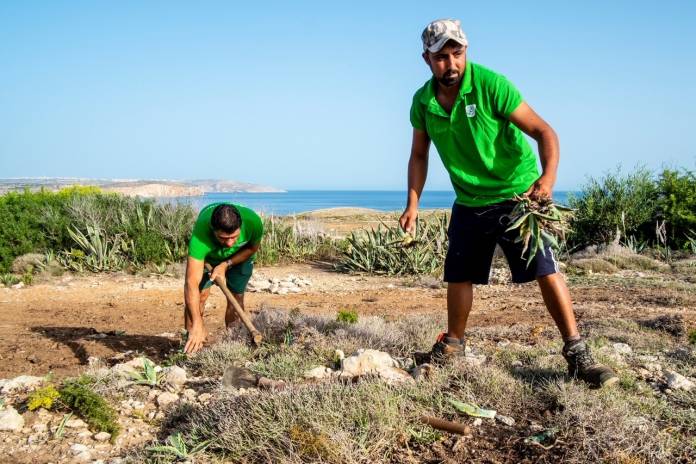 Minister for the Environment, Climate Change and Planning Aaron Farrugia launched the National Strategy for Preventing and Mitigating the Impact of Invasive Alien Species by the Environment and Resources Authority, ERA. The launch of this strategy coincides with scientific evidence indicating widespread global biodiversity loss.

Invasive alien species are among the most significant cause of biodiversity degradation impacting rural, urban, and maritime environment.

Throughout the years, a number of alien species were introduced in the Maltese islands. Although alien species are not all problematic, some of them become invasive and create serious environmental issues.

Minister Farrugia said that biodiversity conservation and proper management of our ecosystems includes identification and prevention of invasive alien species on our islands, and it is an integral part of our work towards climate change mitigation. He explained that, as an island, Malta is susceptible to such species including animals, plants, fungi and other organisms which can cause problems to our ecosystems.

In 2020 the Ministry cleared around 93 tonnes of invasive alien species from l-Irdum tal-Madonna, l-Aħrax tal-Mellieħa, and two tonnes from Wied Għollieqa, Pembroke, and Marsaxlokk.

ERA Chief Executive Officer Michelle Piccinino said that the authority launched this strategy to raise awareness on invasive alien species and the risk they pose, as well as to create measures to address their impacts.