Home Affairs Minister Byron Camilleri said that on any given day, around 50 prisoners need to be restrained “for obvious security reasons” since they would need to be taken to Court or to hospitals.

Camilleri was replying to a parliamentary question by Opposition MP Beppe Fenech Adami, who had asked a series of questions over the use of restraints in prison following revelations that a prisoner had been restrained to a chair back in 2019.

Fenech Adami had asked six questions – the daily limit for an MP – on Monday, only to receive no further details from Camilleri. He got more out of the minister in the two questions he had to ask on Tuesday, although the minister was still somewhat evasive in his answers. 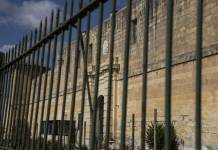 The PN MP had asked Camilleri to elaborate on the restraint tools being used within the Corradino Correctional Facility, only to be told that these were “the same that could be found in other European prisons and that are used by other disciplined forces.”

“Every tool of restraint is permitted by law and used according to the same law,” Camilleri said without elaborating.

In reply to another question by Fenech Adami, he confirmed that restraint tools were used when prisoners needed to be transported elsewhere, and said that on average, this accounted for around 50 prisoners a day.

Fenech Adami had also asked on the records kept on the use of restraint tools, but Camilleri simply said that the prison kept records “according to what is required by law.”