A 30-year-old man was arraigned in Court this morning accused of stealing €420 from a kebab establishment in Gżira while armed with a knife.

The Court heard how yesterday, the man allegedly entered the shop armed with a knife and told the manager to hand him the cash.

It was also alleged that the same man committed another theft on January 6th, where he is believed to have robbed €650 from a hotel in Gżira, while also being armed with a knife.

The man pled not guilty, and is being kept under arrest. 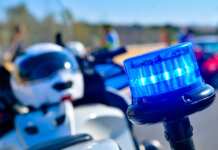 Amy Borg   February 17, 2020
Tourism Minister Julia Farrugia Portelli has been asked in Parliament to give an explanation on how Freeport licences are issued. The parliamentary question was tabled by PN MP Ivan Bartolo after there was a controversy raised regarding the licences issued by the Malta Freeport and the link to one of the alleged assassins of journalist Daphne Caruana Galizia.

Listen: ‘We’ve agreed on a research fund for coronavirus vaccine’

Monique Agius   February 14, 2020
The European Health Ministers agreed on coordinating efforts to ensure that possible infected coronavirus individuals are identified as soon as possible. Fearne added that there is a race to develop a vaccine against the deadly virus. To this end, the Health Ministers agreed on the setting up of a fund to help accelerate its pursuit of a vaccine for Covid-19.