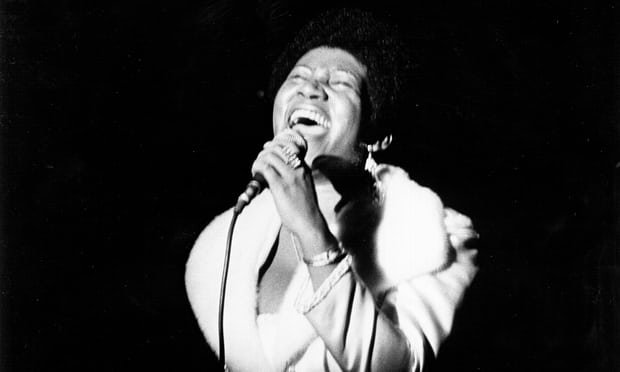 Aretha Franklin died today at the age of 76 after losing the battle with pancreatic cancer.

Aretha Franklin is not only considered to be one of the best soul singers so much so that she was called the Queen but she was also politically active pushing forward the cause of black freedom.

The musical skills of Franklin were unique. Smokey Robinson had said that by the age of 7 Franklin played “big chords…complex church chords.” Her father was C.L. Franklin, a stalwart of the civil rights movement a confidante and surrogate for Martin Luther King Jr.  He was the pastor of Detroit’s New Bethel Baptist Church, where she imbided his his rhythms and well as those of the black musical artists such as Dinah Washington, Mahalia Jackson, and Clara Ward who regularly visited the Franklin home. .

Aretha Franklin’s voice was unique. Her ability to capture and communicate the blues moan, gospel shout, and jazz improvisation was exceptional.

Farah Jasmine Griffin the William B. Ransford Professor of English and Comparative Literature and African American Studies at Columbia University described her voice in the following manner:

“It is neither timid nor coy. It is sensually grounded and spiritually transcendent and completely lacking in contradiction. She excels at any form she tries, including opera. Aretha’s voice is America at its best. It also transcends national boundaries, invoking the West African cultures that gave birth to diasporic musical practices; it appeals to a global audience who appreciates her sound.”

Franklin had established herself with a string of hits including “I Never Loved a Man the Way I Love You,” “Do Right Woman, Do Right Man,” “Respect,” “(You Make Me Feel Like) A Natural Woman,” “Chain of Fools,” “Ain’t No Way,” and “Think.”

Aretha Franklin was also a political activist having absorbed the political sensibilities of her father. In 1970 she supported philosopher and revolutionary Angela Davis and offered to pay her bond when she was taken to court accused of purchasing fire arms, conspiracy and murder. She did this because she believed that Angela Davis was a black woman who fought for the freedom of black people.

Prof Griffin notes that when Franklin was the featured singer at Barack Obama’s first inauguration she did not sing “The Star Spangled Banner,” but “My Country ’Tis of Thee”  thus claiming the nation for those  who have experienced its underside—Native Americans, black Americans, Latinos, workers of all races, and the poor.