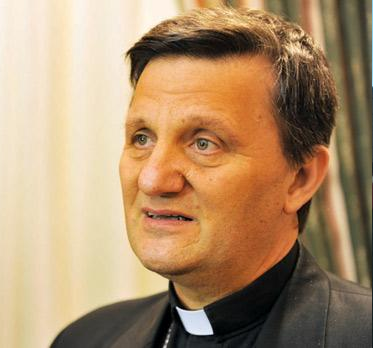 Impurity in the ecclesiastical community is not unique to this age, said Gozo Bishop Mario Grech during the mass he celebrated at St Peter’s Church in Capernaum. Bishop Grech said that there existed a possibility that the people were “impure” despite being formed by the ecclesiastical community. He said that this had happened during the time of Christ at the Synagogue. He remarked that it was strange how the Synagogue was impeding communication with God despite the person would be in it to communicate with God.

Our lives, said the bishop of Gozo, are a reflection of Capernaum.

Bishop Grech described the city as once sinful due to its geographical position bordering the pagan world, saying that he felt at home since he had sinned as well. Bishop Grech maintained that Jesus chose to live in this city in order to encounter evil or sin that was incarnated in people.

“Are we allowing Christ into our communities?”

Bishop Grech asked whether Christ was being allowed into our communities during liturgical celebrations and others. He said that if people meet in the name of Christ but leave Christ out of their lives they would still be sinking into impurity leading to an increase in the distance that exists between God and the religious community.

The Bishop reiterated the need for a conversion in thinking in order to gain new insight. He explained that this would not mean transforming from a sinner into saint, saying that this was needed not only by the individual but also by the Church.