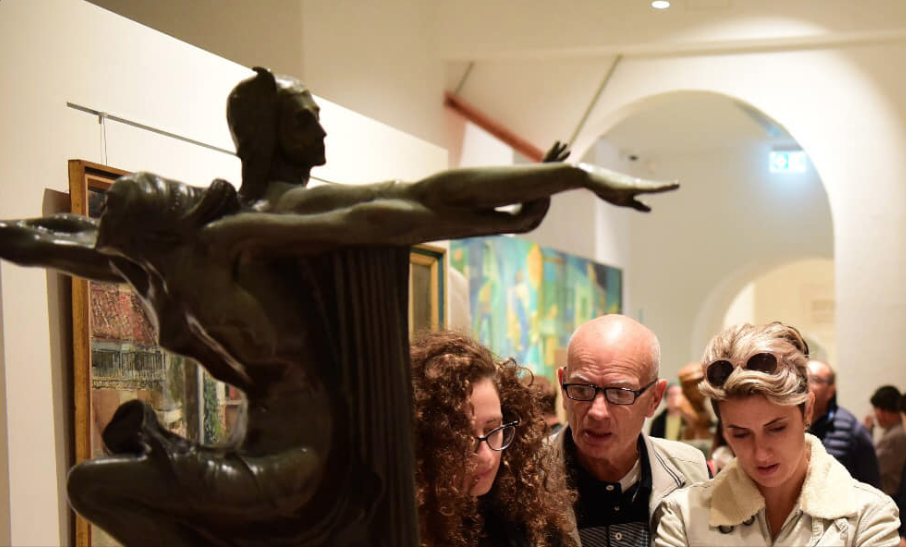 Billed as a ‘national community art museum’ and housed at the Auberge d’Italie in Valletta, Malta’s new museum of art MUŻA was scheduled to open in May or June 2018, according to the then-V18 Chairman Jason Micallef; however, it faced a number of delays during the construction period.

The €10 million museum was finally officially inaugurated last November, with its doors opening to the public with an open day on the 15th December 2018.

However, there have been a number of teething problems, as some people on social media were quick to point out, taking the museum to task on a number of issues, including artworks with no or missing information, not enough signage and being charged full price for the entry fee even though the museum was not fully open/still had works pending.

One particular post stated: “possibly the most inept and incompetent and unprofessional museum I have ever seen….confirming my worry that Malta has little professional integrity in matters cultural…….shocking.”

Newsbook.com.mt spoke to Heritage Malta Marketing and Communications Manager Russell Muscat who said that the ratings that MUŻA is getting on Trip Advisor (4/5),  google (4.3/5), Facebook (4.6/5) and other platforms suggest very positive feedback registered during the first four weeks of operations.

Furthermore, he said, MUŻA was flagged by The Guardian newspaper as one of handful of must-see museums that opened in 2018 and has been positively reviewed by the Network of European Museums Organisations with over 180 delegates from all over Europe, including the European Commissioner responsible for Culture, who flew purposely to Malta to participate in the network’s annual conference held at MUŻA. Recently, MUŻA was also positively rated by Lonely Planet The cafe, he says, also enjoys even higher ratings on trip advisor (5/5) and Facebook.

“As in all other Heritage Malta sites, we are very open to suggestions and we are fully committed to keep improving the service and the overall experience. This is an ongoing process,” said Mr Muscat, “For instance, following suggestions coming from visitors, we are in the process of increasing the information and signage available to the visitors relating to the artworks and the venue itself.”

It is worth pointing out that the Curator of the museum, Sandro Debono answered these comments on Facebook himself, thanking the poster for the feedback and stating, “We have instructed staff on site to make sure that visitors have been to see the galleries at ground floor before proceeding to first floor… We are working hard to improve on signage and get other pending items delivered as soon as possible.”

In the meantime, Mr Muscat said that compared to the old Fine Arts Museum, MUŻA has much more on display and that is why they have decided to fix an entry fee which is an additional €2 over and above the entrance fee of the old museum.

“At the same time, we have launched the ‘Heritage Passport scheme’ whereby all Heritage Malta sites, including MUŻA, are open for free to all children and any two accompanying adults,” he added.

He also explained that the museum is adopting a rotation policy for roughly 35% of the collection:

“This innovative approach presents a dynamic collection with new things to see and new comparisons to review.  As time goes by we will also open more galleries to keep enhancing the experience and keep the project fresh.”

According to Mr Muscat, some criticism is “purely subjective”. For instance, the comment relating to “other art in the centre and in front of them” (see above) is unfounded, he says:

“This, in reality, is a reference to the glass easels at the entrance of the galleries.  The concept is new to Malta and originates from a concept first developed by Brazilian/Italian architect Lina Bo Bardi which was first launched in the early 1970s and then considered radical. The concept is all about the non-museum idea that artworks inhabit the space of the viewer and hence in closer contact with the viewer. The concept was revitalised in 2015 and also inspired such museum projects as Louvre Lens.”

Have you visited MUŻA yet? Email info@newsbook.com.mt if you would like to send us a comment or photos.