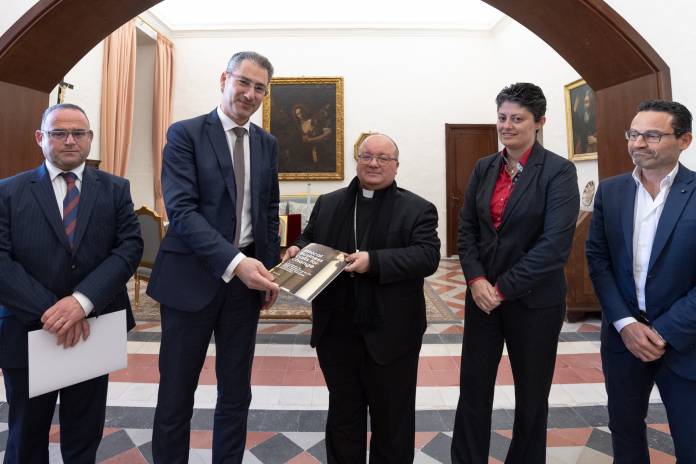 A delegation from the Malta Chamber presented the recently published good governance document entitled  “Ethical Business Calls for Change – a manifesto for Good Governance by the Malta Chamber of Commerce, Enterprise and Industry” to Archbishop Charles Scicluna.

President David Xuereb said that the Malta Chamber was not limiting itself to pointing fingers at others, with regards to restoring good governance in Malta, but it was also taking a long hard look at the business community and proposing actions that needed to be taken by businesses themselves.

An ethical approach to business

It is a document which the Malta Chamber wrote with the help of a multidisciplinary working group to propose concrete recommendations on the subject of good governance.

Archbishop Charles Scicluna welcomed the initiative by the Malta Chamber of Commerce and described the document as a step in the right direction and emphasised the importance of the principles of good governance whilst stressing the importance of accountability and transparency in all levels of society, both in the private sector as well as in the Church.

The Archbishop said that those in leadership have an even greater responsibility to ensure a fair and equal distribution of wealth based on the promotion of social justice and the common good. Xuereb stated that the Chamber valued his ‘voice of reason’ on matters of morality especially in topics relating to accountability, transparency and good governance.

The Chamber President then explained the highlights of the Chamber’s document on good governance and said it was committed to seeing that as many of the more than 60 recommendations within it, were implemented for the benefit of Malta’s reputation.