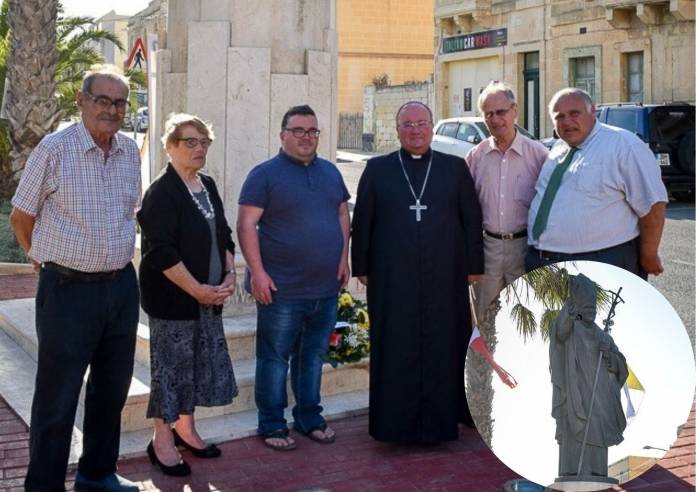 On the occasion of the first century from the birth of Pope Saint John Paul II and the 30th anniversary of the first Papal visit to the Maltese islands, Archbishop Charles J. Scicluna recently accepted the invitation of the JP2 Foundation to placed a wreath of flowers in front of the monument dedicated to Pope Saint John Paul II in Victoria, Gozo in the presence of the foundation committee members.

The Archbishop also prayed with the members and signed the visitors’ book. Before his departure, he gave a rosary to each person present.

He then continued on his way to the Sanctuary of Our Lady of Ta ‘Pinu and said Mass in the open air in front of the Church on the occasion of the time when Our Lady spoke to the Karmni Grima, as depicted in the titular painting by Perugino which recently underwent restoration.