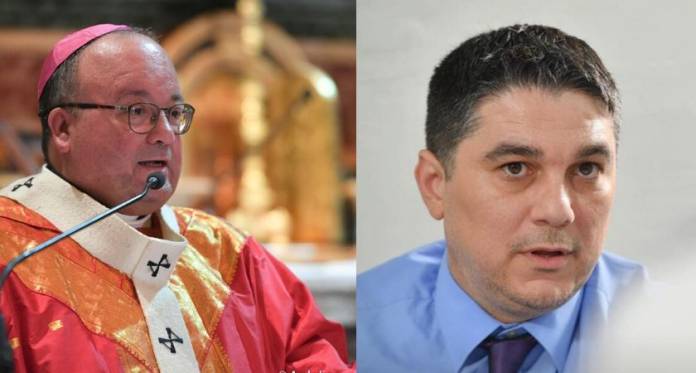 Pope Francis has launched a task force to help Bishops’ Conferences prepare and update child protection guidelines. Archbishop Charles Scicluna will form part of the supervising committee and Andrew Azzopardi will be a coordinator of the task force

The intention to form the task force had already been announced by the Pope during last year’s meeting on the Protection of Minors in the Church.

In a statement released on Friday, the Vatican announced that the task force will be supervised by Archbishop Edgar Peña Parra, the Substitute for General Affairs of the Secretariat of State, together with the members of the organizing committee for last year’s Meeting: Cardinal Oswald Gracias, Archbishop of Bombay; Cardinal Blase Cupich, Archbishop of Chicago; Archbishop Charles Scicluna, Archbishop of Malta and Deputy Secretary of the Congregation for the Doctrine of the Faith; and Father Hans Zollner, SJ, Dean of the Institute of Psychology of the Pontifical Gregorian University and member of the Pontifical Commission for the Protection of Minors.

Membership of the task force

The task force itself is composed of a Coordinator, Andrew Azzopardi, head of the Safeguarding Commission of the Maltese Bishops, established by the Archdiocese of Malta, the Diocese of Gozo, and the Conference of Religious Major Superiors;  and a number of canon law experts of different nationalities.

The Coordinator will report quarterly to the Substitute for General Affairs of the Secretariat of State on the work undertaken by the task force.

The task force’s mandate will last for two years, beginning 24 February 2020. It will be supported by a special fund established by benefactors.