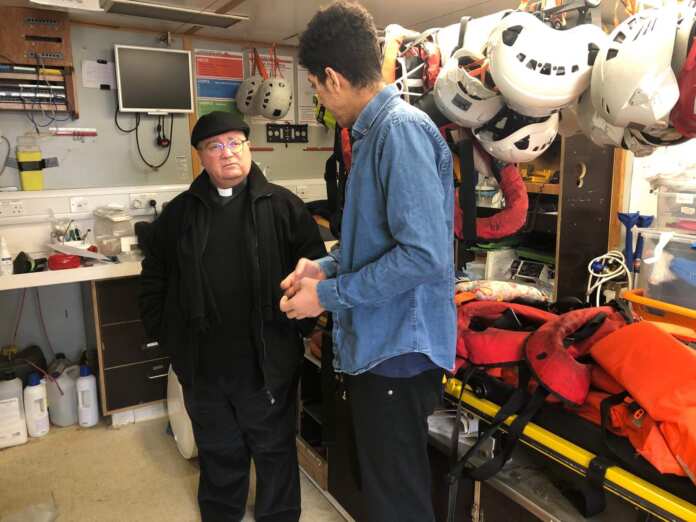 Archbishop Charles Scicluna, during an interview with TG3, said that in moments like these one hopes that politicians arrive at the right decision regarding the migrants left at sea, while also adding that it is important to support them.

Speaking to journalist Pier Damiani D’Agata said that the appeal he is making as the Archbishop is that we need to remember that we are speaking of people in extremely difficult situations. He continued by appealing for humanity.

There are currently 49 people, including women and children, stranded on two rescue vessels waiting for safe port.

In the last few days, the Archbishop said that the 49 migrants are suffering “great injustice” during a visit he made on the Lifeline ship. This ship is trapped in Malta due to a Court case after it had saved 234 irregular migrants.

The Archbishop had appealed to Europe to find an immediate solution for the 49 migrants to be allowed to disembark after 18 days. According the Mgr. Scicluna, the phenomenon of migration is a complex one. “Human life is precious and there should never be negotiations at the expense of people suffering,” he said.

Watch: ‘Nothing short of tragic and shameful’ – Malta NGOs