The Superintendence of Cultural Heritage is directing archaeological investigations in preparation for the extension of the Middle School at Rabat, Gozo, during which an ancient quarry has been discovered.

In a Facebook post, the superintendence explained that this quarry forms part of the Roman quarry discovered underneath the adjacent school during works for its conversion into the Gozo Museum, and both have been tentatively dated to the 3rd and 4th century AD on the basis of the pottery found on site. In addition, the ashlars being quarried on this site follow standards in use during the Roman period.

According to the superintendence, in the case of Gozo little if any such features were recorded and therefore these quarries would be the first properly-recorded discovery of classical period quarrying in Gozo. Furthermore, this discovery is even more of interest as the quarry complex discovered to date covers a vast area of over 5,000 square metres, some of it still covered by the surrounding school complex.

This ancient quarry is about one to two metres deep and has two distinct characteristics: the clearly defined uncut blocks waiting to be extracted, and the the negative void of the already extracted blocks.

A vaulted cistern connected to two wells has also been discovered within the quarry. This is currently being studied to understand whether it was constructed as part of the quarry activity or is of a more recent date. Also of interest is a number of amphorae laid out radially, discovered in a different section of the quarry. Amphorae were usually used for the transportation of food and drink and it is not yet clear whether they were being used in conjunction with the quarry or whether they were being stored on site. 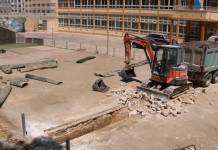 Discussions are ongoing between the superintendence and the Foundation for Tomorrow Schools to find solutions on how to preserve and integrate the discoveries within the project. The superintendence has noted with great satisfaction and appreciation that the Foundation for Tomorrow Schools are making the necessary efforts to preserve this heritage.

The state of preservation of this ancient quarrying is rather good despite the construction of the school grounds and car park over it in the 1960s, since at the time, no basement was cut. The preservation and integration of the recently discovered ancient quarry remains at the site of the Rabat Middle School is highly commendable and has its endorsement, the Superintendence of Cultural Heritage said. 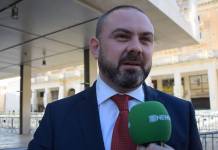 Manoel Island project set to be approved on Thursday

Site of “archaeological value” threatened with a 100 apartment development proposal