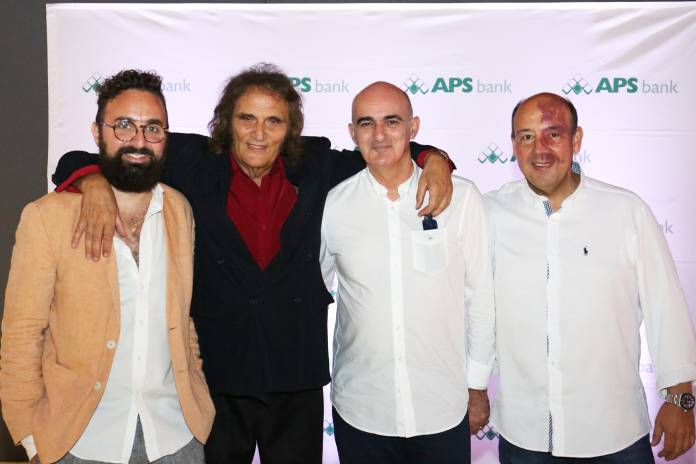 APS Bank is proudly supporting the musical ‘Il-Kbir Għadu Ġej’, based on the music of Freddie Portelli.

The premiere night was on Friday 9th August, with shows being performed at the Mediterranean Conference Centre, Valletta on a number of nights until Sunday 18th August.

The musical is directed and produced by Sean Buhagiar, written by Malcolm Galea and the live band is under the direction of Maestro Dominic Galea, who also made the musical arrangements.

On Saturday 10th August, APS Bank invited a number of guests to the show, which was followed by a reception where they and the Bank’s officials mingled with the cast, band, crew and none other than Freddie Portelli himself.

Marcel Cassar, APS Bank CEO commented: “This musical is one of the best of its kind ever to be produced and staged in Malta. It’s a privilege to see so much local talent producing and performing a show based on the music of our very own Freddie Portelli. We are extremely proud to have assisted in making it come to life and to be supporting it.”

Rugby and the workplace: the unlikely parallels