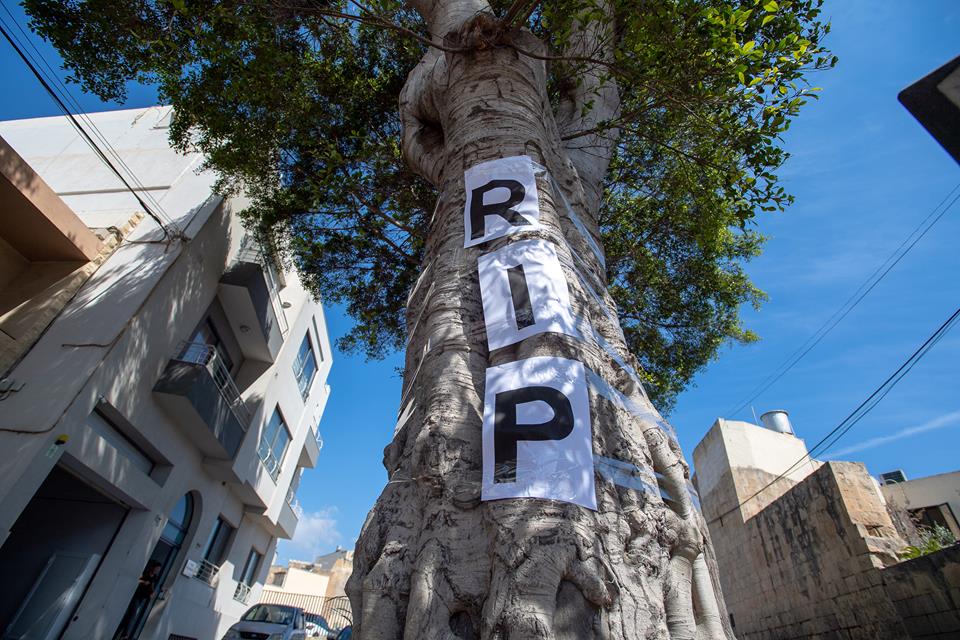 In the past 2 years, 97 applications for the removal of trees were approved, whereas only 2 were declined. This was revealed in a parliamentary question made by the Democratic Party (PD) to the permanent Environment and Development Planning Committee.

According to the PD, the situation has become of an urgent nature. More trees are being removed in order to widen the streets, yet the problem of traffic congestion is not being solved permanently.  The PD emphasised the importance of investment in public transportation.

The PD requested a revision of the present policies and regulations followed by the Environment and Resource Authority (ERA) and the Plant Protection Directorate, to ensure the effective protection of trees.

In light of the Centre Link project between Rabat and Attard, the Nationalist MP and Shadow Minister for the Environment, Jason Azzoppardi, formally asked the same Parliamentary Committee whether this issue can be further discussed in detail.

Azzoppardi confirmed with Newsbook.com.mt that the subject has been approved and will be discussed in a meeting on to be held the 2ndof July.