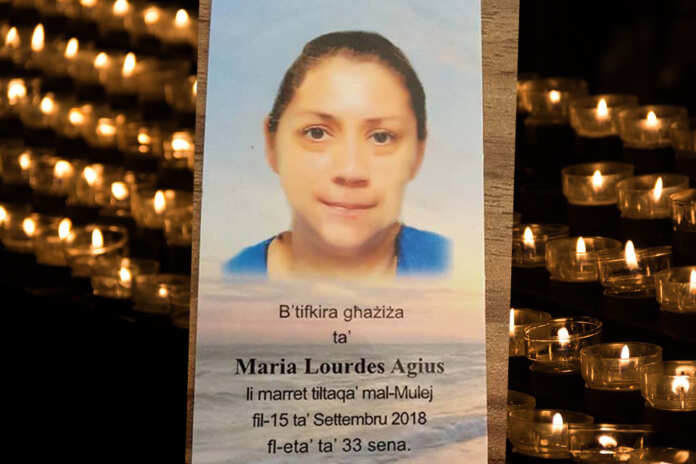 The Court of Criminal Appeal has thrown out an appeal request by murder suspect Michael Emmanuel to be declared insane retrospectively.

Emmanuel stands accused of strangling his former partner, Maria Lourdes Agius on 14 September 2018 in her bedroom in Paola. He also stands accused of causing grievously bodily harm to her elderly mother, disobeying police orders and forging his identity papers.

The Court of Criminal Appeal confirmed the verdict handed earlier by the jurors when it was decided that Emmanuel was not insane. The accused tried pleading legal insanity as a defense.

Agius who was a mother of seven, three of which had been fathered by the accused was found dead in her bed.

Last year, the accused was declared to have been sane at the time of the murder by a jury empanelled for the purpose of establishing his sanity or otherwise at the time. Emmanuel had a appealed the verdict.

In a decision handed down earlier this week, the Court of Criminal Appeal presided by Chief Justice Mark Chetcuti, Mr Justice Joseph Zammit McKeon and Madam Justice Edwina, observed that “it is an established principle at criminal law that the state of insanity of accused person amounting to exemption from criminal responsibility does not necessarily tally with the meaning attributed to this state of mind in medical and psychiatric fields.”

The compilation of evidence will continue before a magistrate’s court.