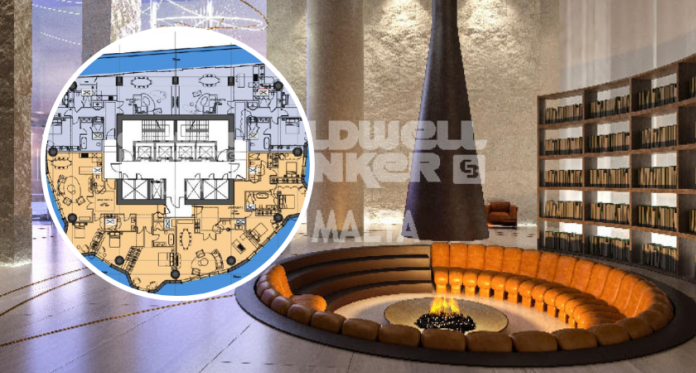 The apartments, part of the 38-storey dB Group development are on sale with prices ranging from €3.5 million to €10 million.

The project was approved by the Planning Authority on the 20th of September after 10 members of the Board voted in favour and 4 were against the project.

The development will be replacing the previous ITS building near St George’s Bay and will be made up of a 38-storey tower and a hotel of 17 storeys among others.

According to the Coldwell Banker Malta website, one can begin to envision the apartments’ aesthetic once the project is ready as well as the process to buy these said luxurious apartments. According to the website, the zone will have 24 hour security, a 5-star hotel, bars, restaurants, private pools and a sea-view.

A company official said that the prices are still being finalised and the target market is made up of foreigners rather than Maltese.

Caritas Malta and ITS adopting measures against coronavirus

“We may feel pressured and suppressed but Jesus Christ is with...