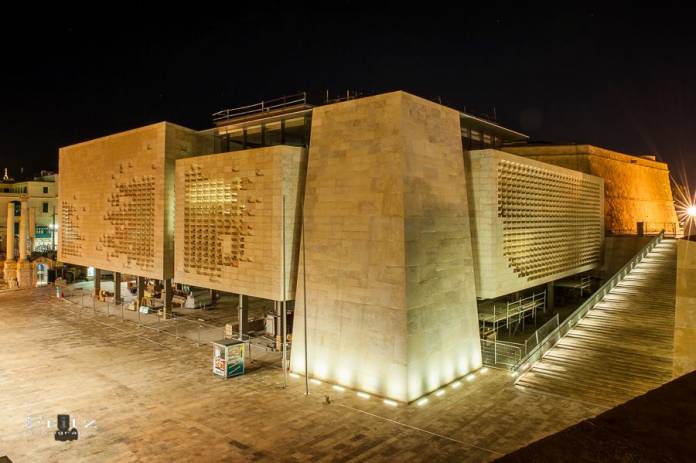 A proposed anti-deadlock mechanism which could see government force through its preferred candidate on the third attempt has led the opposition to object to yet another reform proposed by the government this week: an overhaul of the Permanent Commission Against Corruption.

The mechanism has proven to be a controversial feature in two proposed constitutional amendments: one governing the appointment of the President, and the other governing the appointment of members of the judiciary. According to these proposals, a two-thirds parliamentary majority is required to appoint a President or Chief Justice, but if two initial votes are unsuccessful, an absolute majority of MPs would be enough on the third try.

The proposed reform of the PCAC envisions the same method for the appointment of the commission’s chairman.

In contrast to the other two bills, however, the reform does not amend the Constitution, and as such, the votes of government MPs will be enough for it to become law. However, Justice Minister Edward Zammit Lewis insisted that this did not affect his duty to speak to the opposition and receive its feedback.

But as he wound up debate, Zammit Lewis expressed his surprise at the opposition’s response, insisting that it was ultimately opposing the Venice Commission, and not the government.

Zammit Lewis argued that the PCAC failed to achieve its aims as people rarely resorted to the body. He said that there was no comparison between its caseload and that of the Ombudsman, who had gained considerable visibility over the years.

He also highlighted that he was not naïve enough to believe that this was due to an absence of corrupt practices, making sure to highlight that such practices would not be limited to politicians alone.

The minister noted that the Venice Commission had even suggested that the commission should be abolished as it was clearly not working, whilst highlighting two issues: that its composition depended on the Prime Minister even if in consultation with the opposition; and that its findings are referred to the Justice Minister, which has no investigative powers.

He explained that the bill sought to kick-start the commission’s revival, though he acknowledged that more work would be required.

Apart from changing the way its members are appointed, the bill also extends the remit of the commission to cover two additional crimes: trading in influence and accounting offences related to the abuse of public authority. The commission is presently tasked with looking into allegations of three criminal acts: bribery of MPs, bribery of public officials or servants and corruption of other persons.

And should the commission identify any apparent corruption, the commission would forward its findings directly to the Attorney General, rather than the minister. Zammit Lewis highlighted that a separate bill would allow for judicial review should the AG decide not to prosecute.

Mifsud Bonnici recalls his own proposals

But in his speech, former Justice Minister Carm Mifsud Bonnici argued that a better reform had already been presented when he was in office, back in 2010.

He pointed out that he had presented a more extensive bill seeking to reform the commission, only for the effort to fall through when he was removed from the post by Parliament, with then-government MP Franco Debono joining with opposition MPs in the vote.

Among other things, he pointed out, his bill would have allowed the PCAC to investigate corruption in the private sector as well as the public one.

The MP also pointed out that consensus has always been found on appointments to the PCAC, thus suggesting that the controversial anti-deadlock mechanism was unnecessary.