According to the National Audit Office, by mid-October 2020, there were still six persons, owning in aggregate 66 animal species considered as dangerous, that are not compliant to the law. The report underlines that the two directorates forming the Animal Health and Welfare Department (AHWD) are understaffed to be able to fulfil their legislative duties.

The Animal Health and Welfare Department (AHWD) under the remit of the Ministry for Agriculture, Fisheries and (MAFA), comprises two Directorates, namely the Veterinary Regulation Directorate (VRD) and the Animal Welfare, Promotion and Services Directorate (AWPSD).

The aim of the audit, NAO said, was to assess the internal controls at the foregoing two Directorates during 2019.

The main focus being on compliance concerning electronic identification of dogs. Another topic looked into during the audit was owning and keeping of dangerous species including wild animals in zoos. The report also analysed the control over revenue received by AHWD and the type and frequency of inspections carried out.

Understaffed and large turnover of employees.

In the case of Veterinary Regulation Directorate, was short of support officers that could do administrative work. This would be helpful since most of the veterinarians in the department are foreigners and sometimes, they encounter communication issues with the public.

There was also a high employee turnover rate among foreign veterinarians who used the Department as a steppingstone for their professional experience.

The report also said that Maltese veterinarians were not keen to work for the VRD once they graduate.

When it comes to wild animals, NAO admits that the directorate does not have the necessary resources to handle them. The only form of deterrent is through fines. 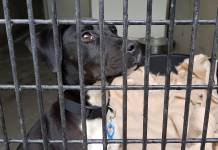