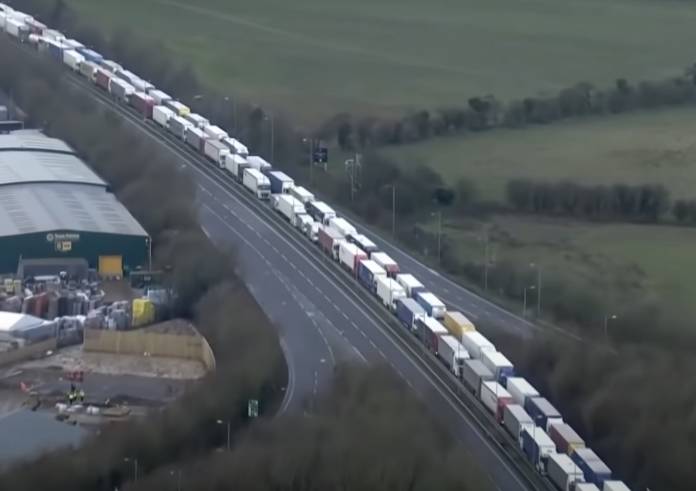 Scuffles have broken out at Dover as lorry drivers stranded at the Kent port clashed with police. Several thousand lorries have been stuck after France stopped them crossing the Channel due to the new variant of coronavirus in the UK.

The UK and France agreed late on Tuesday that the drivers who were carrying a negative COVID-19 test result would be allowed to board the ferries for Calais.

in view of this, a British minister announced that the military was to start testing drivers however warned that it would take time to clear the backlog, hammering Britain’s most important trade route for food just days before it leaves the European Union’s orbit.

News agencies like Reuters and British media Sky aired footage showing drivers honking their truck horns and flashing lights in unison in the dark while in the early hours of the morning many gathered in the roads around the port to vent their frustration and question officials and police.